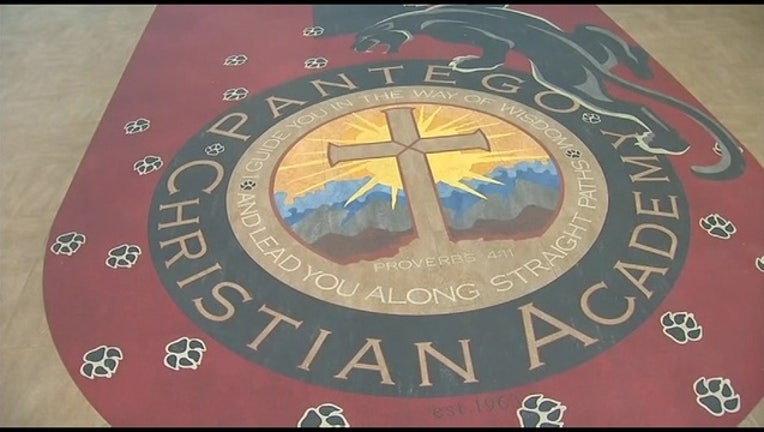 ARLINGTON, TX - A private Christian school in Arlington is arming administrators with guns in an effort to keep kids safe.

The leaders at Pantego Christian Academy say it’s been in the works before the Florida shooting. But unlike public school districts, private school teachers are not eligible to carry guns on campus.

Pantego Christian Academy is a private school with roughly 600 to 700 students. They have a campus in Arlington and in Mansfield.  The school's president said he wants the public to know an administrator on any of its campuses might be carrying a concealed weapon.

Dr. Jeff Potts notified parents on Tuesday at Pantego Christian Academy that an added layer of security known as a School Marshal Program is now up and running.

“We are arming select individuals who meet certain criteria. And they are administrative type people who are in close proximity to all of our classrooms,” he said. “It's not Florida. It's the culture today, and it's something we felt led to do."

Potts says any administrator who doubles as a school marshal will carry a concealed handgun, will have extensive weapons and scenario-training from the state and undergo a psychiatric evaluation.

But more importantly to Potts, he asked them how far they’d be will to go to protect a student.

"I asked them to prayerfully consider if as a last line of defense, are they willing to lay down their life for one of our students,” the school president recalled. “And for those that are our school marshals, the answer has been ‘Absolutely. Yes.’"

Potts says the school shooting in Florida didn't influence his decision to start the program or to go public with it. Unlike similar programs at public school districts, PCA is not allowing teachers to be a part of the program.

Tarrant County Sheriff Bill Waybourn, who has done CHL training for hundreds of educators in Texas, calls it a bold, necessary plan.

"The average response time across the nation for police is three to five minutes and these things are over in two minutes,” the sheriff explained. “So when evil comes knocking, we need people to be able to stand up and say, ‘Not here. Not now.’"

Potts says other questions like who, how many, and where won't be answered for obvious reasons.

"They won't know who it is,” the school president said. “And that's a crucial part of our emergency operations plan."

Potts says he believes they may be the only private school in North Texas to have the program.