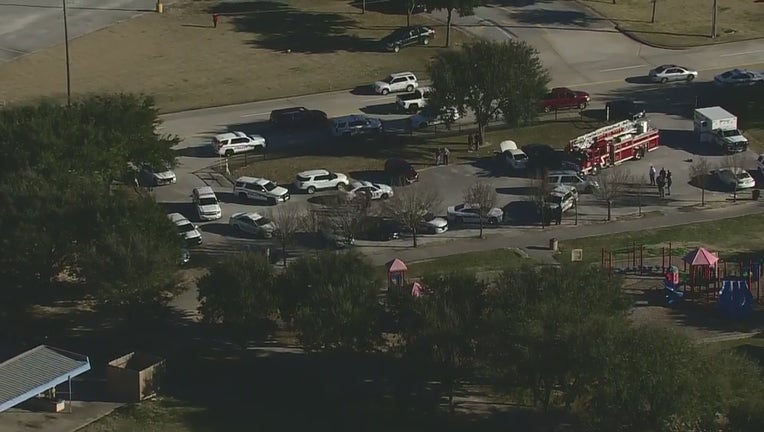 According to charging documents, 18-year-old Christopher Cavazos was one of two juveniles that have been charged. Another juvenile, whose name has not been released, was charged with murder.

As FOX 26 has reported, authorities responded to Malcolm E. Beckendorff Park on February 14 in reference to what was later described as a ‘massive type brawl’ between 11 and 18 individuals.

Officials said the disturbance broke out between two groups of students from the Katy ISD Opportunity Awareness Center. The incident began as a verbal fight, but other students arrived from another nearby school and participated as the incident escalated.

The charging documents state that Cavazos displayed a knife and subsequently used it to cut and stab three other teens, two 16-year-olds and a 17-year-old, involved in the brawl.

17-year-old Marlon Robinson passed away at a hospital last month from his injuries, according to Harris County Sheriff Ed Gonzalez.

After further investigation and speaking with witnesses, including some of the victims, Cavazos was later charged.