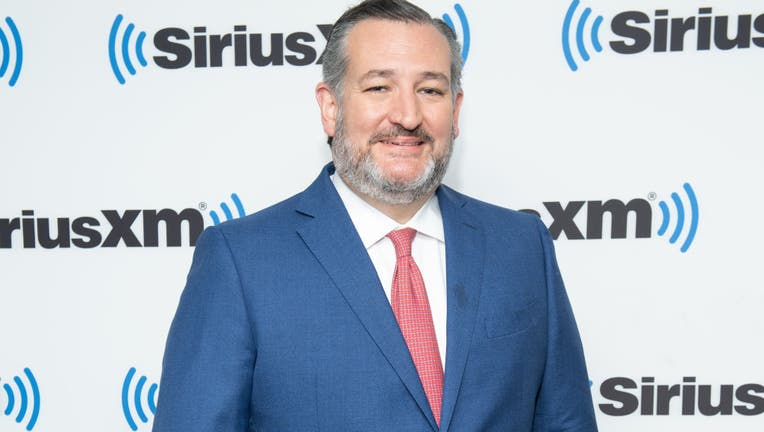 NEW YORK - After being booed by the crowd during Game 4 of the Astros vs. Yankees in New York, Senator Ted Cruz was the subject of another protest that occurred on live TV.

Senator Cruz appeared on ‘The View’ this past Monday and talked with the hosts about the economy and the Republican Party values. He was shortly interrupted by hecklers apart New York Communities for Change, a grassroots, membership-driven, community organization.

While discussing inflation, people started shouting what sounds to be like, "cover climate now", towards the Texas senator. He attempted to continue speaking over the yells, until co-host Whoopi Goldberg shot back at the women saying to them, "Excuse us, let us do our job, we hear what you have to say, but you got to go."

The women were seen on TikTok videos being escorted from the audience.

"ABC spent less than six hours last year covering climate change, and now they're platforming someone like Ted Cruz," one of the girls could be heard yelling in the video.

A while later in the interview, another person reportedly shouted something explicit toward Cruz that caused the broadcast to be censored and cut to a commercial.

Once the break was over, co-host Ana Navarro apologized to Cruz that this happened on their set and continued with their interview.

Cruz later went on to answer a question from co-host Alyssa Farah on if he believed President Joe Biden's election was legitimate. The Texas senator did not directly answer the question. After a short discussion, he later responded with, "Biden is the president today."

ASTROS: World Series 2022 tickets for Astros vs Phillies games: Where to buy

This is another recent protest of Ted Cruz as he was earlier booed on Sunday during the ALCS Game 4 in New York where the Astros swept the Yankees winning 6-5.