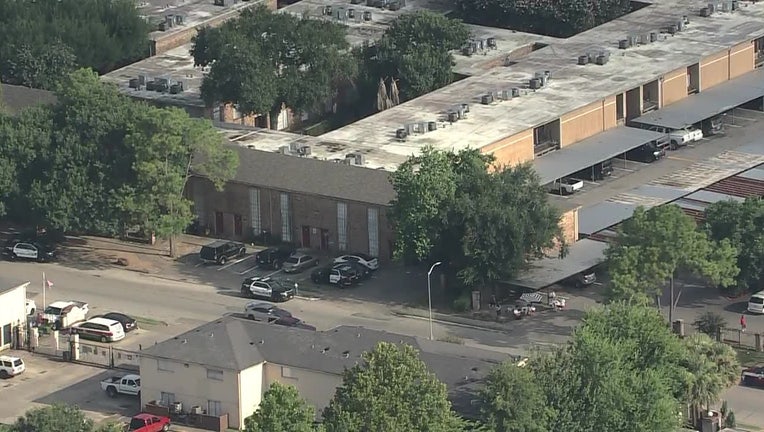 HOUSTON - A Houston man has been detained after threatening his neighbors with knives Monday morning.

Houston police officers were called about a disturbance around 6:30 a.m. at an apartment complex in the 6300 block of Windswept Lane.

Police were told the suspect was being evicted, and he believed that neighbors had stolen some of his property.

MORE ON CRIME AND PUBLIC SAFETY

Neighbors told police he threatened them and chased them with a knife.

When police arrived they saw him with the knives before he barricaded himself.

HPD's Hostage and Negotiation Team was called to the scene along with SWAT. They negotiated with the suspect for hours until he surrendered by walking out of his front door.

HPD: Barricading suspect turns himself into police after holding his girlfriend, her child at gunpoint

Police say a man barricaded himself in an apartment ended peacefully after they responded to a call from a woman saying her friend was held at gunpoint by her boyfriend.

Police say the suspect may have been suffering some sort of mental crisis.

He was booked on two counts of aggravated assault.