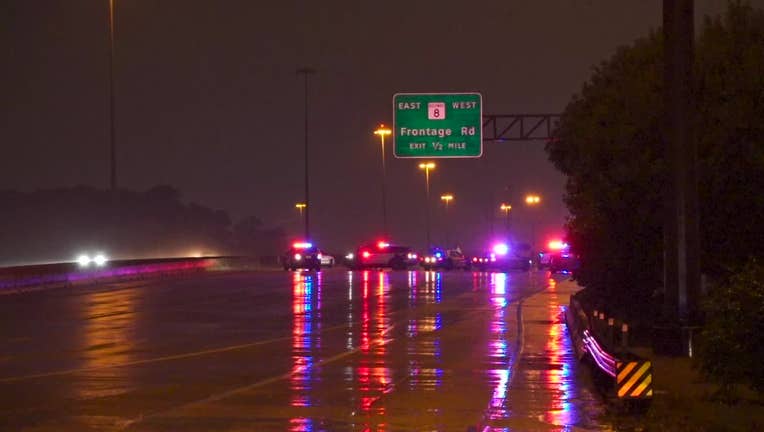 The Houston Police Department investigates a deadly crash on the Eastex Freeway.

HOUSTON - Police say a man died after his SUV was struck from behind on the Eastex Freeway in north Houston.

The crash occurred around 2 a.m. Thursday in the inbound lanes of the Eastex Freeway near Greens Road.

Police believe the man may have been traveling at a slow rate of speed when his SUV was struck by a pickup truck.

The driver of the SUV died at the scene. Police say there were some children in the SUV, but they are OK.

According to HPD, a woman driving the pickup truck and a male passenger are believed to be intoxicated, but the investigation is ongoing.

Inbound lanes of the Eastex Freeway were closed for several hours while the crash was investigated, but the roadway reopened around 7 a.m.