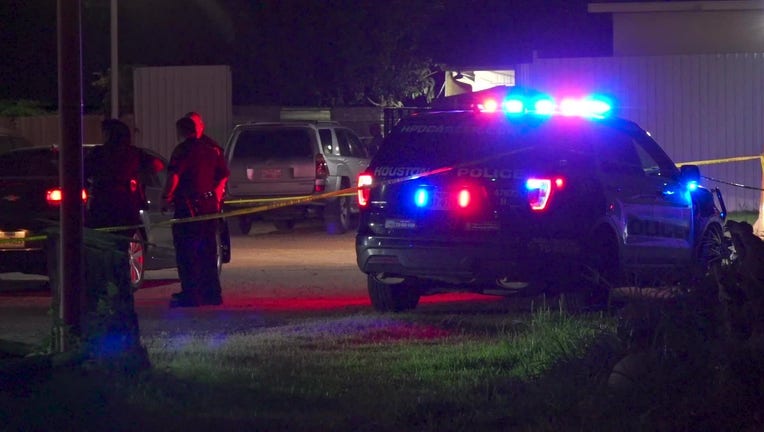 HOUSTON - Houston police are searching for the gunman who killed a suspected robber outside a north Houston bar overnight.

HPD says the shooting happened in the parking lot in the 1100 block of Berry Rd around 2 a.m.

When officers arrived at the scene they found a Hispanic male in his late 20s or early 30s who was shot several times. A gun was lying nearby, and his vehicle was running.

Officers began CPR on the male until HFD paramedics arrived and transported him to Lyndon B. Johnson Hospital where he was pronounced dead.

Police believe it was a robbery that ended badly for the suspect, after investigators determined the vehicle the man was in had been used in other robberies in the area.

Police say there was a robbery at the same bar around midnight two hours before the shooting. They are working to determine whether the man who was shot was the same suspect in that earlier robbery.

Witnesses tell police that the guy was seen driving around the parking lot, and as they were closing the bar he got out of his vehicle and approached another Hispanic male in a black sedan. Witnesses and evidence recovered at the scene indicated the man appeared to be attempting to rob or assault the man in the black sedan.

That's when the suspected robber was shot by the man he was attempting to rob or assault. The gunman then drove away from the scene.

Police believe the shooter is a frequent patron of the bar and is scared about whether he was justified in the shooting, but they want to question him.

Anyone with information on the identity of the shooter wanted for questioning is urged to contact the HPD Homicide Division at 713-308-3600 or Crime Stoppers at 713-222-TIPS.