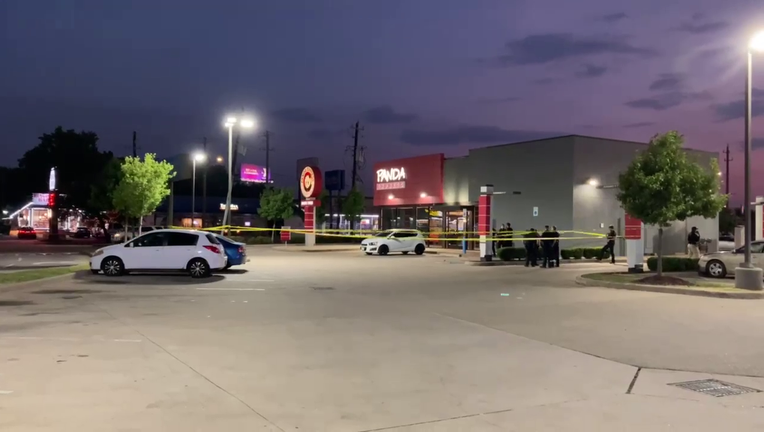 Officials on the scene of an officer-involved shooting on the 4400 block of North Freeway.

HOUSTON - An investigation is now underway following an officer-involved shooting in Houston on Sunday evening.

The Houston Police Department said the shooting occurred on the 4400 block of North Freeway around 7:30 p.m.

Executive Assistant Chief James Jones said an African-American male walked into the Walmart and confronted a victim who was trying to check out as he was exiting the store.

Jones said something very briefly took place as the victim was punched once and then struck with what appeared to be a bat or table leg. The suspect then walked out of the store.

The officer, who was working an extra job at the Walmart and has seven years with the Houston Police Department, was flagged down and immediately saw the suspect and engaged him.

Jones said the suspect ignored the officer and walked off.

That's when a struggle began by the Panda Express and the officer fired his taser twice, according to Jones.

Then there was a fight over the taser and the officer tried to disengage and was struck again by the suspect.

The officer then fired his firearm one time striking the suspect in the torso, according to Jones, and the suspect fled through the Panda Express and toward a Chick-fil-A.

The suspect was later taken to the hospital, and is currently listed in stable condition. The officer was also taken to a hospital for cuts and other injuries. He is said to be in good condition.

Jones said it appears the incident was a very random attack, although he stated that Walmart was aware of the suspect as he had come in acting erratically and making threats the day before.