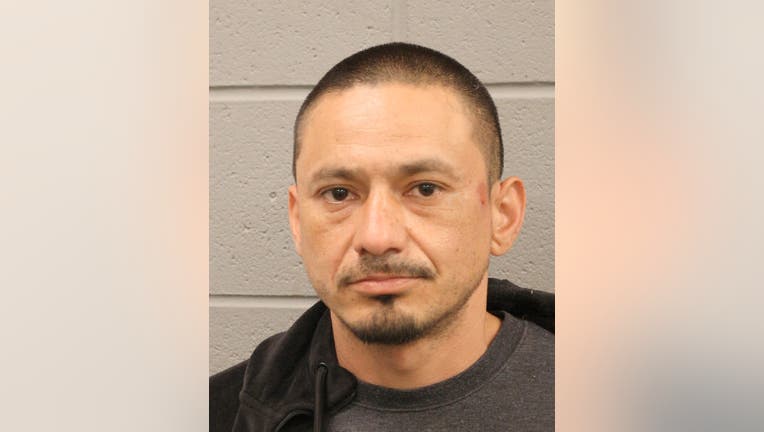 HOUSTON - A suspect has been charged with murder in the deadly shooting of a homeless man in north Houston, police say.

Sergio Gutierrez, 35, is accused in the death of Salvador Arredondo, 33.

According to police, a witness reported that he and Arredondo are homeless. He told police that they were both sitting at the location when an unknown suspect walked up to them and began shooting.

The witness reportedly told police that he ran to a nearby friend's house, and when he returned with the friend, he found Arredondo dead.

Following an investigation, police identified Gutierrez as the suspect in the case. He was taken into custody on Thursday. Police say Gutierrez admitted to shooting Arredondo multiple times.