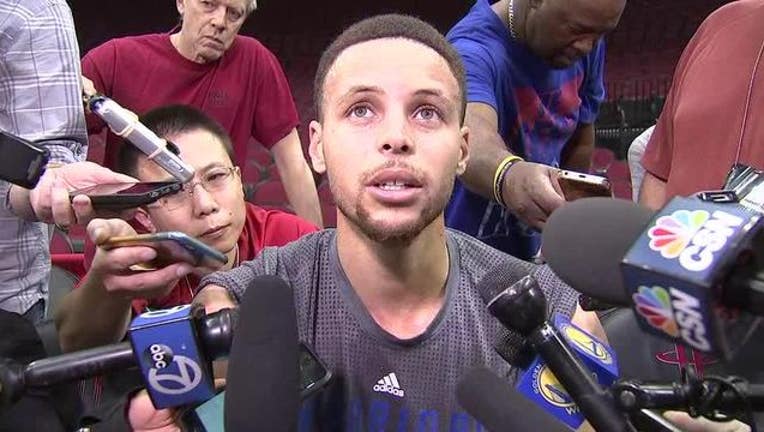 OAKLAND, Calif. (AP) - Stephen Curry will miss at least two weeks for Golden State with a sprained ligament in his right knee, dealing a blow to the Warriors' hopes of following a record-breaking season with a second straight championship.

The Warriors said an MRI on Curry's knee Monday determined he had a Grade 1 sprain of the MCL in his right knee and will be re-evaluated in two weeks.

That timetable would lead to Curry missing the rest of the first round of the playoffs and likely at least four games in round two if the Warriors are able to advance.