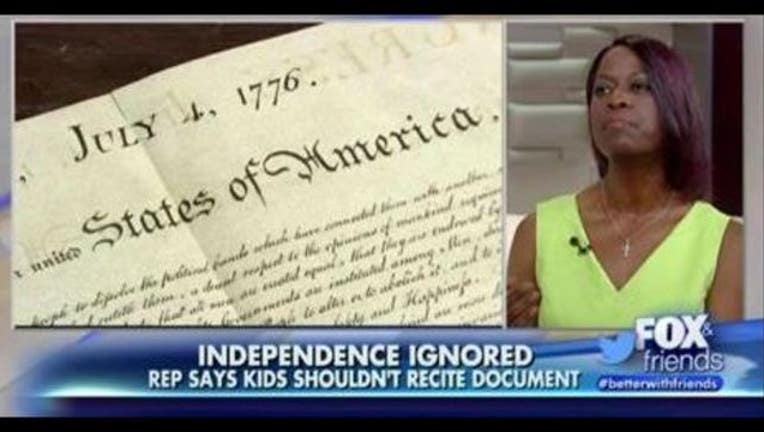 (FOX NEWS) - A bill mandating that schoolchildren in Louisiana be taught the Declaration of Independence is being opposed by a state lawmaker.

Louisiana State Rep. Barbara Norton (D) said, "For the Declaration of Independence, only Caucasians [were] free. And for you to bring a bill to request that our children will recite the Declaration, I think it's a little bit unfair."

On "Fox and Friends Weekend," Deneen Borelli slammed Norton's "outrageous" argument, explaining the founding documents of the United States of America are the blueprint for our great country.