Man to eat Taco Bell for 30 days for health experiment

Sam Reid talks with FOX Television Stations about his health experiment and love for Taco Bell.

LOS ANGELES - Following the news from Taco Bell that the Mexican Pizza is officially back on the menu for good, many have been left to speculate whether or not it actually is a pizza.

This speculation has apparently offended the popular fast-food chain Pizza Hut as they recently took to social media to throw shade at Taco Bell.

Thinking that Taco Bell was intending to out pizza the hut with the latest success of the Mexican Pizza, Pizza Hut posted a photo of someone folding a slice of pizza in the shape of a taco and calling it an "Italian Taco."

The post sent pizza and taco fans into a frenzy wondering if they would have the chance to get their hands on such a creation but Pizza Hut later confirmed to multiple outlets that the whole thing was just a slice of pizza folded like a taco. 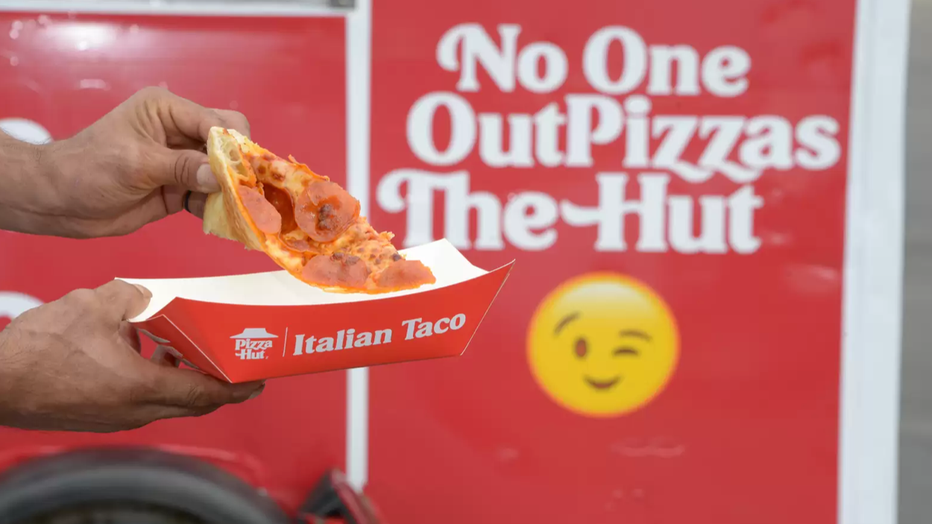 Kicking Taco Bell while they were down, Pizza Hut made a jest out of the news that when Taco Bell originally brought back the Mexican Pizza earlier this year, it sold out within weeks.

Pizza Hut noted that their Italian Taco was something that would never sell out.

Taco Bell's Mexican pizza will return as a permanent menu item this month after the food chain severely underestimated demand in a temporary release earlier this year.

The fast food chain brought back the Mexican pizza as a limited-time menu item in May, but did not purchase nearly enough supply to meet demand. Taco Bell stated on Twitter that it would have had to purchase seven times more ingredients to meet American's orders.

The item has been off the menu for months but has returned as a permanent item on September 15.

FOX Business contributed to this story.