A Houston-area mother is thankful for social media after it helped lead to an important diagnosis for her baby boy. She was able to get him prompt medical care and the right treatment to stop the symptoms of his debilitating disease.

THE WOODLANDS, Texas - Makenzie Shumate is cherishing her 2-year-old son Blaise and his second chance at life.

She is raising awareness about his rare condition called Spinal muscular atrophy or SMA.

"Before treatment was around, it was the number one genetic killer of infants. SMA Type One, which is what Blaise has, these children didn't live past one or two," says Makenzie.

She's thankful for the treatments that came about, less than a decade ago, to spare his life. 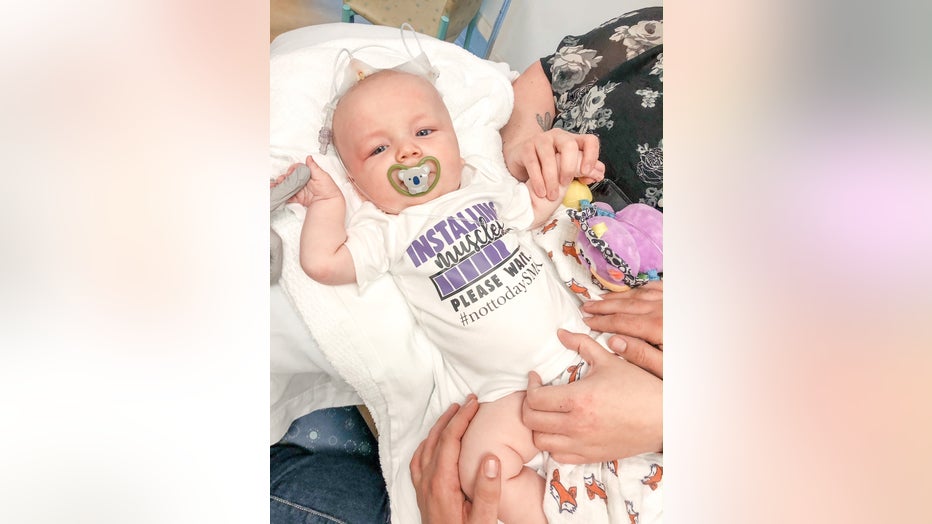 The warning signs were there a few weeks after he was born. Makenzie witnessed her precious bundle of joy getting weaker, instead of stronger.

So at his two-month-old checkup, she told the doctor, "his arms and legs just fall, his cry is weak, we were having feeding issues."

Their doctor referred Blaise to a neurologist and genetic specialist, but it was tough timing. It was March 2020, right at the start of the COVID-19 pandemic, and it was close to impossible to find appointments.

"Your son is literally giving me all the red flags of SMA and time is critical."

"I had a mom instantly message me, and she was like, 'I don't usually do this. I believe doctors should do their job, but I am a nurse, and my daughter has SMA Type One. And your son is literally giving me all the red flags of SMA and time is critical. Like there's treatments, there's hope, but you need to get him diagnosed like today,'" says Makenzie.

That made Makenzie push even harder to quickly get a neurology appointment for Blaise. She got one and that lead to the official diagnosis of SMA. Makenzie says they were able to quickly start him on the medications using gene therapy.

"It saved his life, and it stopped his SMA from progressing," she said.

Makenzie says Blaise's treatment is truly from step one, which included a prescription medication called Zolgensma that stopped it in its tracks.

"Him getting stronger is now due to a therapy that we're doing with a newer medication that he's on, which is Evrysdi," explains Makenzie.

Now Blaise is doing better than his family ever imagined. 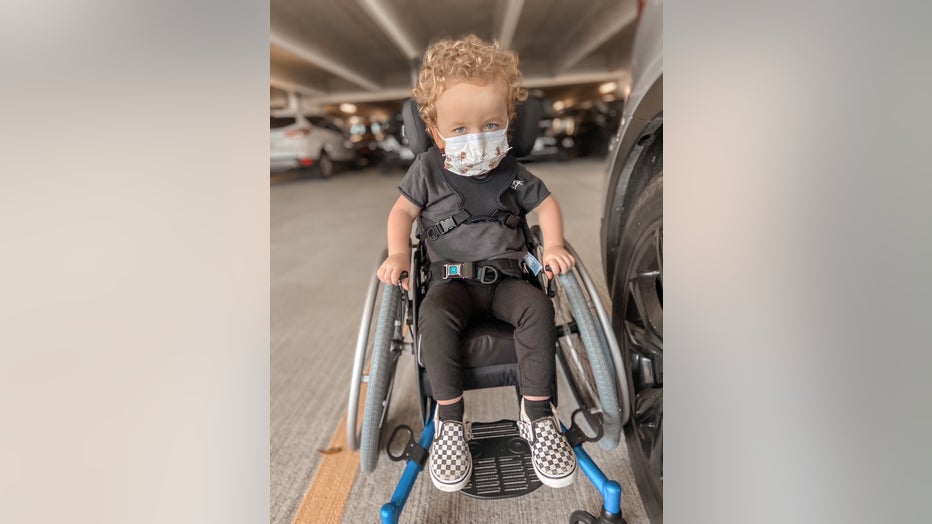 "Recently he just started sitting on his own which is honest to God, the craziest miracle to me like he will sit completely unassisted now and talks like crazy. As you can see, he says, upwards of 20 to 30 words. He's on track as like a normal two-year-old with this speech which is a miracle," says a smiling Makenzie.

Blaise may be immobile, but Makenzie says she cherishes everything about him, even typical toddler tantrums.

He works hard in speech and physical therapy and seems to love all his team of medical workers at TIRR Memorial Hermann in The Woodlands, who continually help keep him moving in a healthy direction.