Slack, a widely-used messaging platform, was down for many users on the first Monday of 2021 as many employees in the U.S. and around the world returned to work and school after the holidays.

It's the latest tech glitch to show how disruptive technical difficulties can be when millions of people are depending on just a few services to work and go to school from home during the coronavirus pandemic.

Slack, which stopped releasing its daily user count after topping 12 million last year, first reported an outage at 10:14 a.m. ET on its website. The company said users "may have trouble loading channels or connecting to Slack."

The outage appeared to impact service in the U.S., Germany, India, the U.K., Japan and elsewhere.

"Our team is investigating and we'll follow up with more information as soon as we have it. We apologize for any disruption caused," a statement read.

An update Monday afternoon said most affected customers should be able to access Slack, and the company was continuing to see improvements "with error rates on our side." 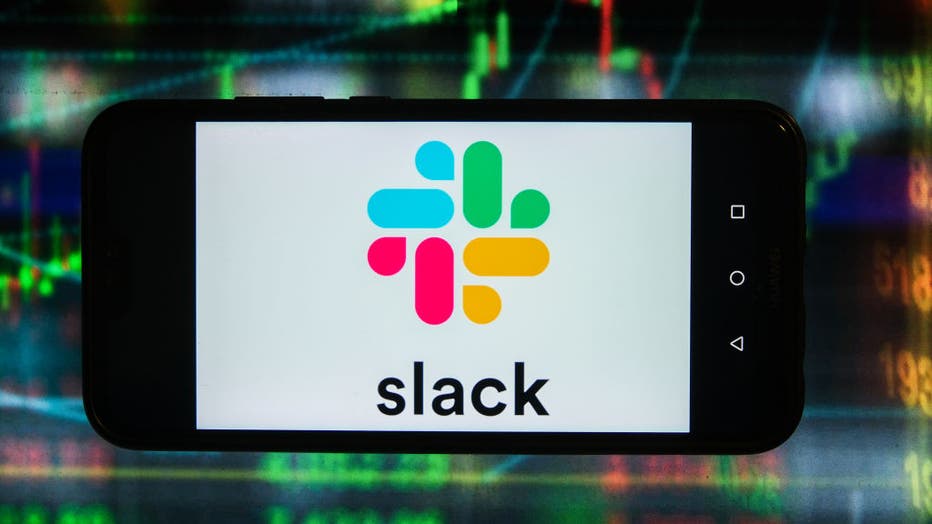 In this photo illustration a Slack logo is displayed on a smartphone with stock market graphics on the background. (Photo Illustration by Omar Marques/SOPA Images/LightRocket via Getty Images)

The outage comes about a month after Salesforce.com said it would acquire Slack for $27.7 billion. The companies hope to be better able to compete against Microsoft, which is a threat to both of them.

Downdetector, a website that shares outage information, also reported issues Monday morning with other popular platforms including Zoom, Microsoft Teams, Gmail and Amazon Web Services — though not as widespread as Slack.

A Google spokesperson said in a statement that all systems were operating normally, however.

Zoom’s status website indicated that all of its systems were also operational. But some users reported issues joining video conferences on the platform, according to Downdetector — which showed a spike in reports Monday morning.

Microsoft Teams also experienced some server connection issues, Downdetector reported. Microsoft Teams is a direct competitor to Slack and it is a software giant that competes with Salesforce.

Internet service outages are not uncommon and are usually resolved relatively swiftly. In December, YouTube, Gmail and other Google services experienced widespread outages in countries around the world.