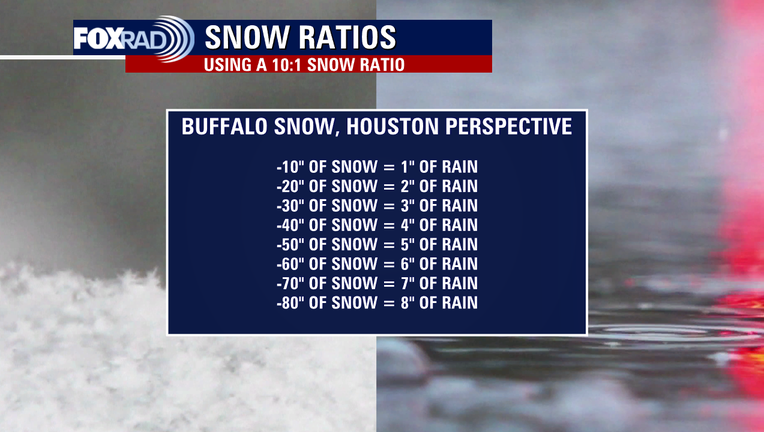 HOUSTON - It might be difficult for southerners to fathom what several feet of snow mean, so let's put some Houston flare on it:

Using a normal snow ratio of 10:1 because it's easy to match with, simply means that each inch of water is equivalent to 10 inches of snow (if the temperatures were cold enough to produce it). Today's rain, for example... could produce 1-2" of rain in some spots. That would be 10-20" of snow! 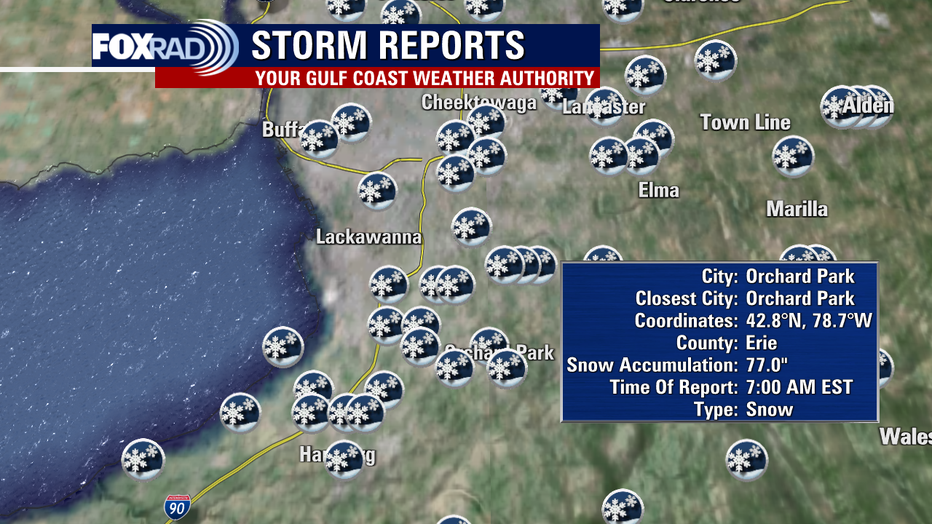 While maximum preliminary snow reports of up to 77" have come in, they will need to be verified before being considered official. And a lot of that has fallen in a very short window of time.

Similarly, if nearly 8" of rain fell too fast in the wrong place in Houston we'd flood. But there's another piece to the puzzle, here's why snow weight matters. The heavier, and wetter the snow the more hazardous it is. It's like cement. Difficult to move both by the plow, and by shovel.

Many people don't think of snow as life-threatening, but at least two deaths have been confirmed so far from this event due to the latter. And I know this from personal experience, my paternal grandfather passed away from shoveling snow during a blizzard due to a heart attack. 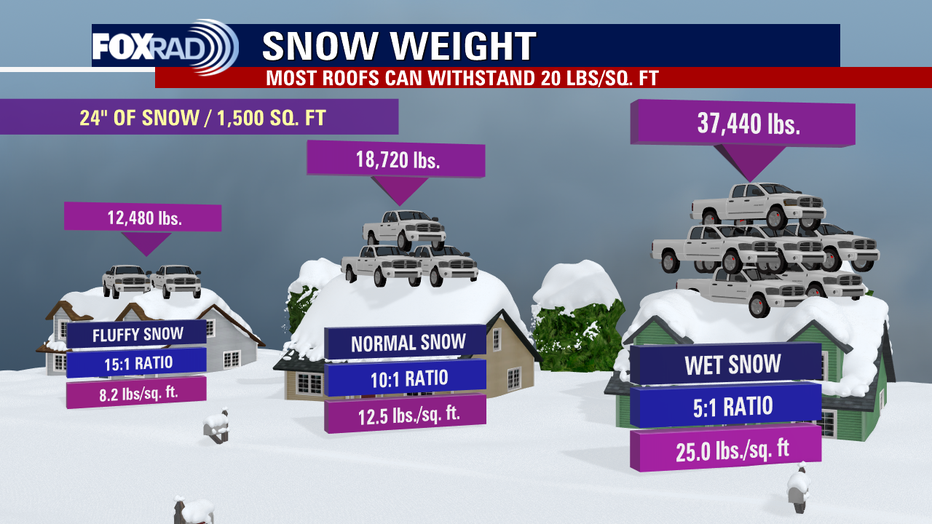 The closer to 32 degrees, the wetter the snow. Why? Warmer air holds more moisture. The colder the temperature gets, the lighter and fluffier the snow because there's less liquid water.

So snow piles up faster when it's colder and is more compact when it's "warmer". That is to say, not all "feet" of snow are created equal. One foot of heavy wet snow is far more dangerous and impactful than one foot of light fluffy snow.

In this case, it's been several FEET of normal-ish snow, but crippling nonetheless when it falls in those quantities that fast.

One day snow totals will be challenged, but we'll have to wait for the official word to come out on precisely what and where. Because the great lakes are still cranking out snow as of this writing. 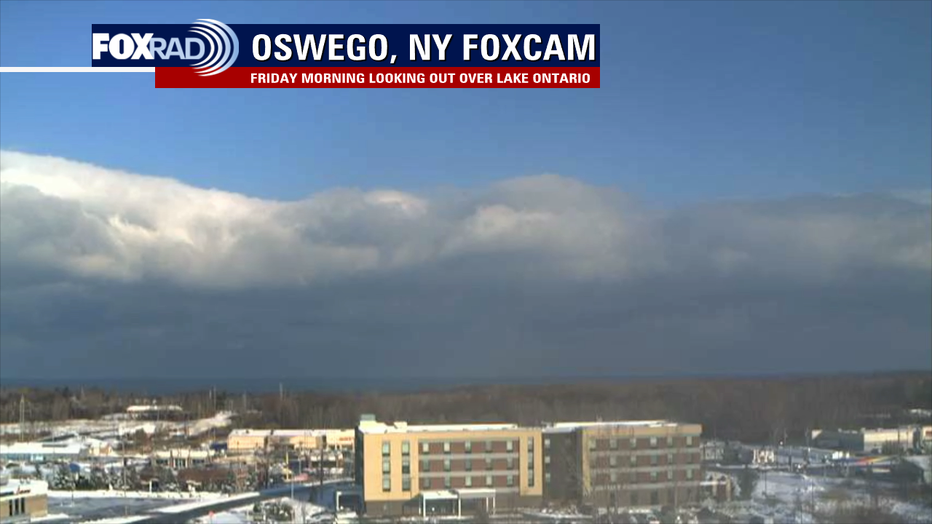 Also worth noting, is that due to the organized chaos of the lake effect snow location matters. Above is an example of that. A sunny Friday morning looking out over Lake Ontario in Oswego, as a snow band cranks toward Watertown in the distance.

Another example? Buffalo Airport's climate report from yesterday states 5.7" of snow fell. Meanwhile, at the Buffalo Bills Stadium in Orchard Park at 66" was reported as falling within a 24-hour window. A good call to move the Bills/Browns game. That's 5.5 FEET of snow in one day.