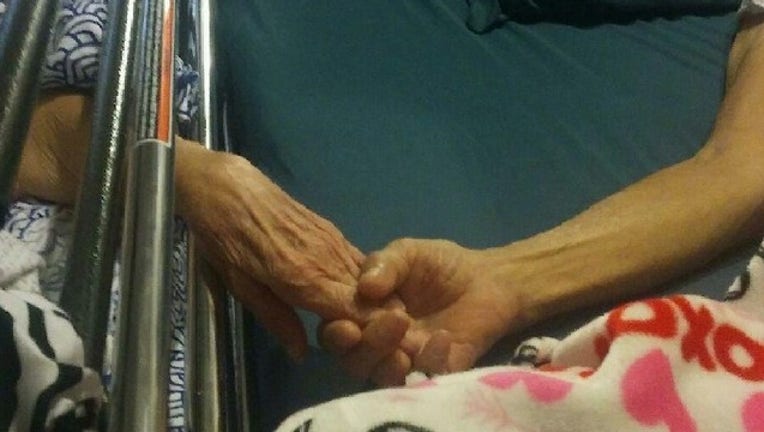 SAN ANTONIO (FOX 26) - It's a story right off the pages of a Hollywood movie script. A story of true love, and a couple so close, they left the world in the only way those that loved them most could expect...together.

The family of George and Ora Lee Rodriguez say that the couple celebrated their 58th wedding anniversary on June 1st.

Their love story began nearly 6 decades ago in San Antonio. George worked as a butcher, and later enlisted in the U.S. Marine Corps. Upon finishing his service, George promptly married Ora Lee.

The next years of their lives brought them 3 beautiful daughters, and a lifetime of memories. Then the couple's health took a turn for the worse. Both George and Ora Lee developed dementia, and George suffered a stroke shortly thereafter.

As the couple's family stayed close to them, the decision was made to keep the couple together through their battles.

"They were both here, we had them here at the house, in their hospital beds, right beside each other, they were holding hands," said daughter, Corina Martinez to local station KABB.

"My mother would always say that she was going to take my father or vice versa, and it did happen, we didn't think it would, but it did," says, daughter, Georgia Perez said to KABB.

"I just can't believe something like this would ever happen, you hear this on the movies....like the Notebook," said Martinez.