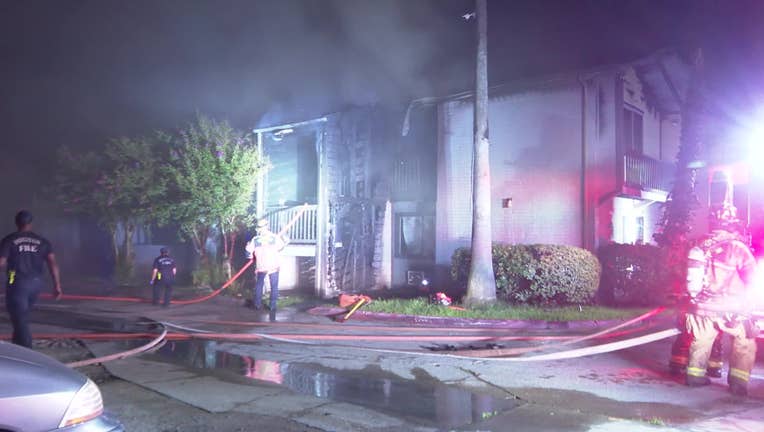 The Houston Fire Department at the scene of an apartment fire on Fairdale Lane.

HOUSTON - Officials say a resident and a firefighter were both taken to the hospital after a fire at an apartment complex in southwest Houston.

The Houston Fire Department responded to reports of a fire at an apartment complex in the 6100 block of Fairdale around 9:45 p.m. Thursday.

Officials say one resident was taken to the hospital with extensive burns. His condition is unknown.

According to HFD, a firefighter was also transported to the hospital, but it is unknown the extent of his injury.

The fire appears to have impacted multiple units in the back of the complex, but the fire department had not confirmed an exact number.

Firefighters were able to get the bulk of the fire under control in about 30 minutes.