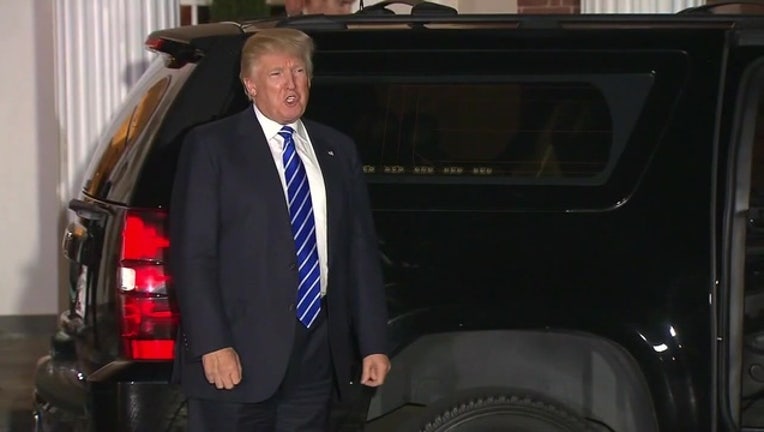 WASHINGTON (AP) - For core supporters counting on President Donald Trump to crack down on illegal immigration, his proposed budget reads like a wish list: billions of dollars for some of his most controversial campaign promises, including a $2.6 billion down payment on a border wall that he had insisted Mexico would pay for.

Trump's spending blueprint released Thursday is light on specifics, but makes clear that his campaign pledge to confront illegal immigration is a top priority. Even as he plans to cut the Justice Department's budget by more than $1 million, Trump is asking for hundreds of millions of dollars to hire 60 federal prosecutors and 40 deputy U.S. Marshals to focus on border cases.

He also wants to boost immigration courts by $80 million to pay for 75 additional teams of judges. That would speed up removal proceedings for people in the United States illegally and address a backlog of more than 540,000 pending cases. The plan foreshadows a greater emphasis on prosecuting people who cross the border illegally, those who come back after being deported, and anyone tied to human and drug smuggling.

Trump's proposal also calls for adding $1.5 billion to Immigration and Customs Enforcement's budget to find, detain and deport immigrants living in the U.S. illegally, along with more than $300 million to hire 500 new Border Patrol agents and 1,000 immigration agents.

The president's budget is the first step in a lengthy process of funding government agencies, and it's not clear which of Trump's priorities will be approved by Congress.

But Hans von Spakovsky, a senior legal fellow at the conservative Heritage Foundation and a former Justice Department lawyer, said the calls for more spending are a "good sign" that Trump is following through on his promises and early actions cracking down on illegal immigration.

"It's part of this whole push by the president that's been expressed in three different executive orders," von Spakovsky said. "That means also getting more immigration judges in there to handle the backlog."

Trump's proposal also suggests the president is gearing up for legal challenges to his immigration enforcement machinery. In particular, there are sure to be fights over efforts to seize property at the border for his promised wall.

The budget includes proposals to hire 20 lawyers who would focus on land acquisition and 20 more attorneys and support staff for "immigration litigation assistance."

Time-consuming legal challenges are sure to accompany Trump's orders detailing stricter enforcement at the border and in the interior of the country, said Leon Fresco, who led the Justice Department's Office of Immigration Litigation during the Obama administration. Efforts to buy private land for his planned wall are also likely to generate lengthy court cases, he said.

During the George W. Bush administration, landowners, environmentalists and others waged court battles to stop hundreds of miles of fencing from being built. Bush administration ultimately built more than 600 miles (965 kilometers) of barriers from Texas to California, with Obama-era officials continuing legal fights to build additional fencing.