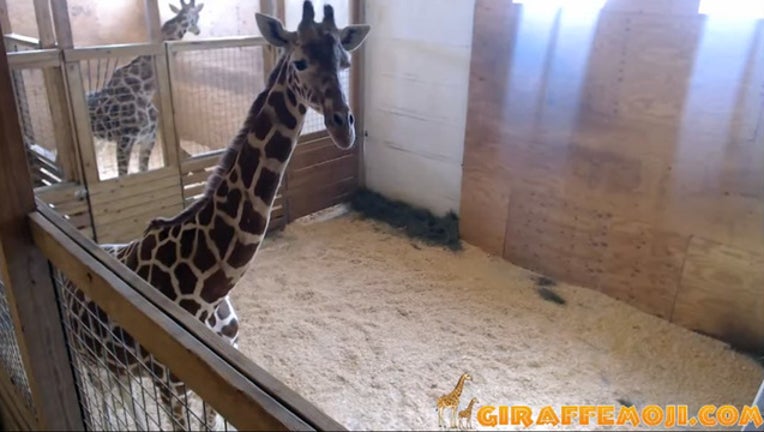 HARPURSVILLE, N.Y. (FOX 13) - April the giraffe has given her fans on the internet a few exciting moments over the last few days, but there’s still no baby.

The “very pregnant” giraffe has become an internet sensation since the park began streaming live video last month. Twice this week, keepers came in to April’s pen at Animal Adventure Park and lingered long enough to create buzz among her online fans.

A Thursday morning Facebook post addressed April’s “very interesting behavior” but says they are back to a watch-and-wait mode, with keepers speculating that the calf was simply repositioning in the womb.

“All has seemed to settle,” the update explained.  “We will continue to watch and monitor throughout the day.”

The park, in Harpursville, New York, has seen bitter cold and 3 feet of snow but the sun was shining again Thursday and volunteers had arrived to help the farm dig out.

Because of the giraffe’s sudden popularity, they have created a website that centers around April specifically, created a giraffe emoji, and even have an online store to purchase gear.

Whenever it arrives, the giraffe calf will be the first for dad Oliver, but it will be April’s fourth.

RELATED: Zookeeper describes the birth of a giraffe