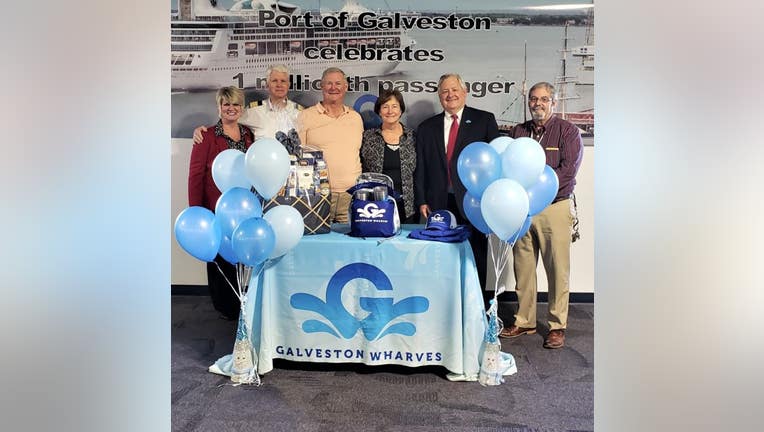 GALVESTON, Texas - The Port of Galveston, which is the fourth busiest cruise port in the United States, welcomed its 1 millionth cruise passenger of the year on December 4, 2019, setting a new record for the port.

“Galveston’s growing popularity as a cruise homeport is great news for the port and the Galveston community,” said Rodger Rees, Galveston Wharves' port director and CEO. “In 2018, the cruise industry generated 3,638 jobs for Galveston area residents, and cruise passengers and crew spent $115 million on local goods and services.”

The one-millionth passenger was Mark Martin and his wife, Laurie Steele Martin, from Mission Viejo, California. The couple arrived in Galveston a day before their cruise to explore the island. After checking out of the Harbor House Hotel, the Martins headed to the cruise terminal where port officials greeted them with gifts before embarking on their 4-night Royal Caribbean cruise, receiving the VIP treatment.

According to a national report, Galveston’s cruise business grew by 13 percent in 2018, resulting in $1.5 billion in cruise industry direct expenditures and 26,241 jobs with total wages of $1.75 billion in Texas.