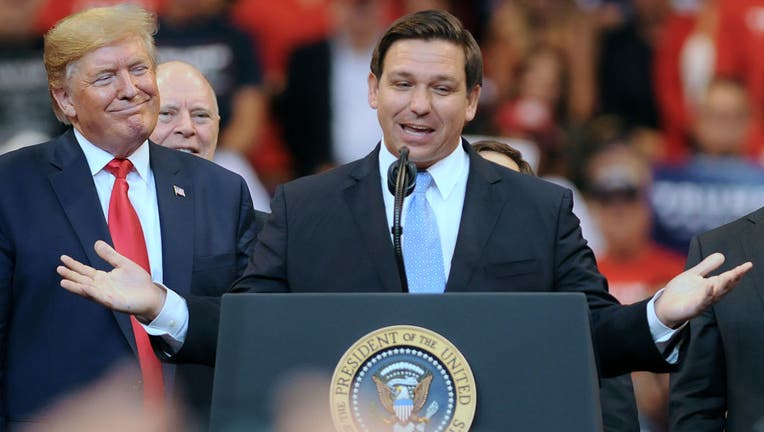 With Donald Trump widely expected to announce another run for president on Tuesday a new poll from the Republican Party of Texas shows that Texans prefer a different GOP candidate.

The survey, conducted from Nov. 12-13, asked voters who are likely to participate in the 2024 Texas Republican primary "If the upcoming 2024 Republican Primary for president were held today, and the candidates were Donald Trump, Ron DeSantis, Tim Scott, Mike Pompeo, Nikki Haley, and Mike Pence, for whom would you vote?"

If you are having difficulty reading the graph please click here

Florida governor Ron DeSantis earned 43% of the vote to Trump's 32%.

Former vice president Mike Pence came in third with 5% of the vote.

13% of those polled were undecided.

Trump voted in Palm Beach, Florida on Tuesday. He told reporters he voted for Florida governor Ron DeSantis and teased an upcoming announcement on another potential run for president.

The survey also asked, "If former President Donald Trump declines to participate in the 2024 Presidential Primary, and your remaining candidates were Ron DeSantis, Tim Scott, Mike Pompeo, Nikki Haley, and Mike Pence, for whom would you vote?"

DeSantis ran away with that contest, earning 66% of support. Pence garnered support from 8% of those polled and former South Caorlina governor and ambassador Nikki Haley earned support from 5% of the vote.

DeSantis is widely thought to be considering a presidential run, but the Florida governor has been quiet about a run for the White House.

There is a long time before the Texas primary.