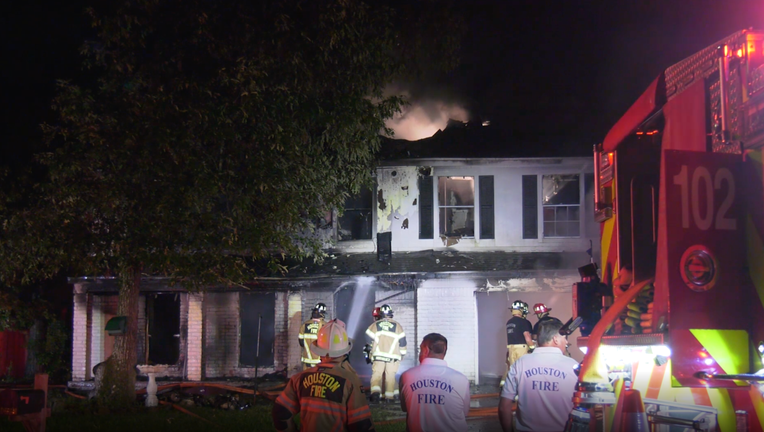 Houston police are looking for a woman who lit a man on fire inside a Kingwood house, causing burns on the man and another woman.

HOUSTON - Houston police are searching for a woman who's accused of lighting a man on fire.

HFD responded to reports of a house on fire around 10 p.m. Friday in the 2000 block of Aspen Glade Drive in Kingwood.

Crews found a two-story home engulfed in flames and two people, who suffered severe burns, outside.

Officials are looking into what caused a home to catch fire in the Kingwood area, where a man and woman were severely burned.

Graham told police a female suspect had entered the residence and poured an unknown substance on him and lit him on fire. Lindros was then also burned as a result of the incident.

Witnesses reported seeing a white, four-door sedan fleeing the area after the incident.

The suspect is described only as a white female, 25 to 30 years of age.

Police are asking that anyone with information in the case contact their Major Assaults & Family Violence Division at 713-308-8800 or Crime Stoppers at 713-222-TIPS.