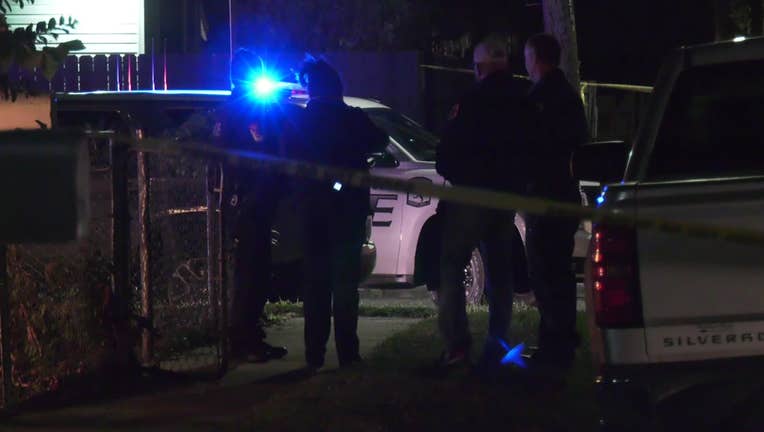 HOUSTON - Police are searching for suspects after one man was shot multiple times and another man was physically assaulted in Baytown.

The incident was reported around 8:42 p.m. Sunday in the 100 block of West Wright.

Police say the two victims, a 32-year-old man and a 24-year-old man, were sitting in a vehicle when they were approached by two other males.

According to Baytown PD, an altercation occurred between the two victims and the suspects, which resulted in the 32-year-old victim being shot multiple times and the 24-year-old being physically assaulted.

The suspects reportedly fled the scene on foot.

The 32-year-old man was airlifted to the hospital. He underwent surgery and is currently listed in critical condition.

The 24-year-old was treated at the scene by EMS personnel. He was interviewed by detectives.

Police are asking for the public’s help in identifying the suspects in this case. Anyone with information is asked to contact the Baytown Police Department Criminal Investigations Division at 281-420-6646 or contact Baytown Crime Stoppers at 281-427- TIPS (8477), download the P3 Community app; or use the following website to submit anonymously online: baytowncrimestoppers.com Use: “Submit a Tip” link https://www.p3tips.com/tipform.aspx?ID=544# You will be given a unique code number. If the information results in a suspect being arrested and charged, you can use the same code number to collect up to $5000.00.