(FOX 11) - M&M's don't melt down. But police say one man apparently did after he couldn't buy them.

On Wednesday morning, Santa Ana police released video after the man’s card was declined at a 7-Eleven store because detectives say their only hope of catching the man in this February attack is the public's help.

"Based on the video, it's clear someone out there is going to know who this individual is," said Cpl. Anthony Bertagna, Santa Ana PD.

The clerk scans the man's small bag of Almond M&M's, places it to the side and punches a button on the computer.

The customer then swipes his card, briefly looks up, appearing to punch in a pin number and shakes his head.

"The employee didn't deny him access to his funds, the bank did," said Bertagna.

The clerk appears to cancel the transaction, and that's when the suspect takes a swipe to his head, shoving the register off the counter and pushing off everything in sight.

He then grabs a handful of bananas and throws them at the other clerks head, knocking over another terminal before walking out -- without the M&Ms.

The clerks were not hurt, but detectives say $700 worth of damage was done to the store.

They're concerned what the man may do if the stakes are bigger than *bite* size candy.

"If he's willing to do this over 75 cents, what if there were true issues that he had to deal with?" asked Bertagna.

Store workers said they couldn't go on camera, but the owner's brother told FOX 11 off camera what he thinks happened.

"The country's polarized right now. You have a bunch of high profile people acting out. It doesn't surprise me this happened," he said. 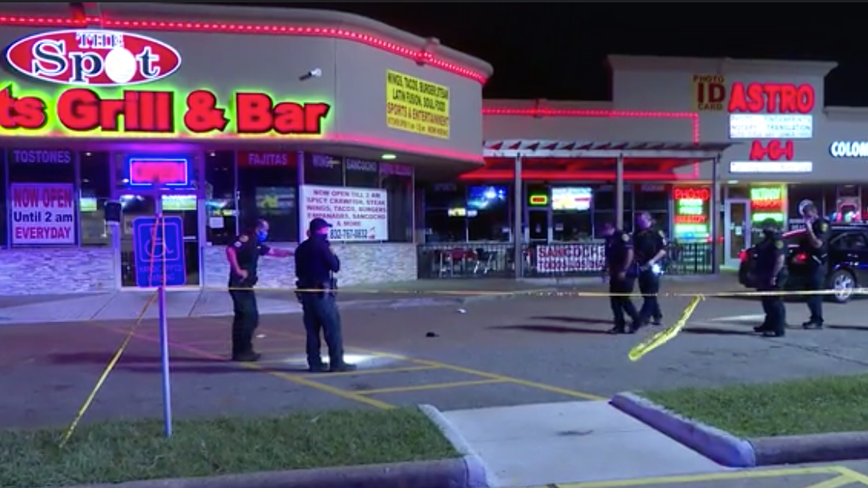