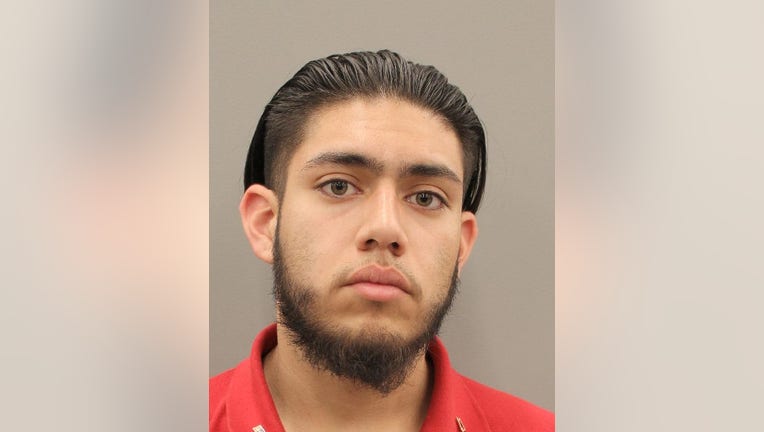 The suspect, Sergio Noe Palacios, 20, is charged with failure to stop and render aid.

HOUSTON - Houston police say a driver hit and killed a man who was crossing the street in a crosswalk and then fled the scene without stopping to render aid.

Sergio Noe Palacios, 20, is charged with failure to stop and render aid.

Houston police officers and the fire department responded to the crash in the 7100 block of Airline at about 7:30 p.m. Wednesday.

According to police, a blue GMC pickup truck was traveling northbound on Airline Drive as a vehicle was braking due to a man crossing the street in the crosswalk.

Police say the GMC changed lanes, accelerated through the intersection and struck the pedestrian. The driver then fled the scene without rendering aid, authorities say. 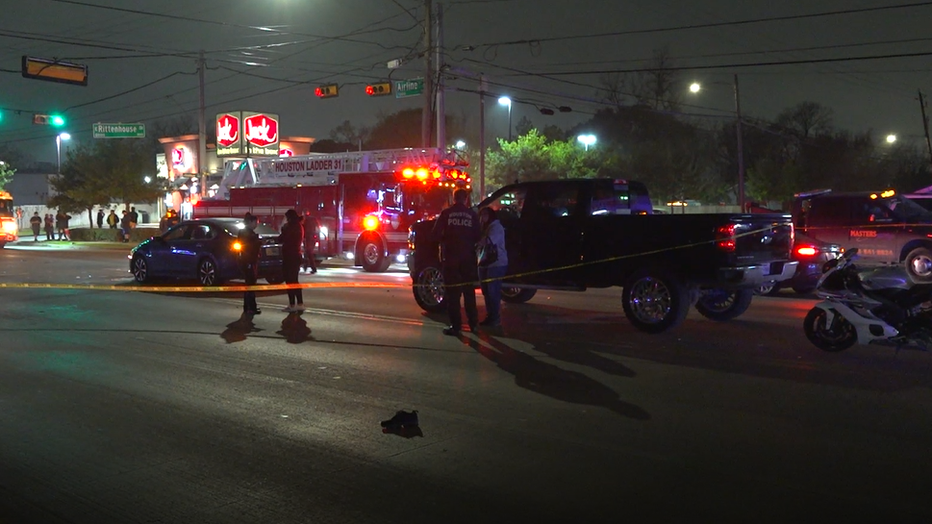 The victim, identified as a 31-year-old man, died at the scene.

Police say a witness driving behind the suspect’s vehicle followed the truck and saw its bumper and license plate fall to the ground. Officers canvassed the area and located the suspect and the truck.

Palacios was arrested and charged.