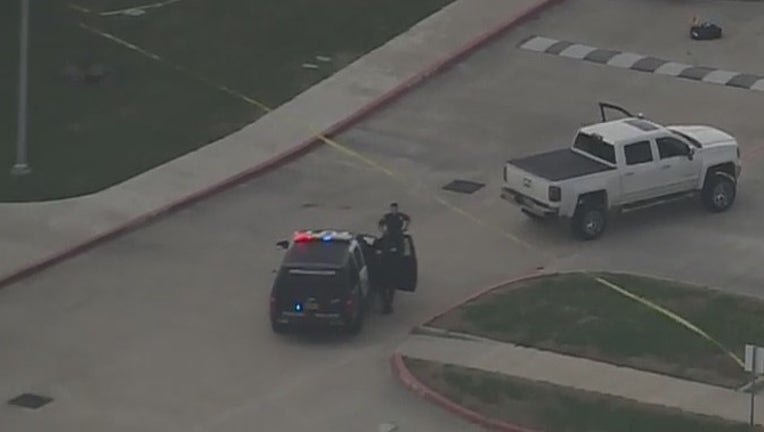 Houston police say a man who was shot along West Houston Center Blvd fled to a nearby parking lot.

HOUSTON - Police are searching for two suspects after a shooting that left one man dead and another injured in west Houston.

The shooting occurred around 5:10 p.m. Tuesday in the 12200 block of West Houston Center Boulevard.

Police say the incident actually began about a mile away in the 11300 block of Westheimer Road where the men had met with the suspects to conduct a transaction.

At the address on West Houston Center Boulevard, police say the victim who was in his own car got out of his vehicle and approached the suspect’s vehicle.

Police say the man who had gotten out of his own vehicle was shot, and he fled to a nearby parking lot. He was pronounced dead at the scene.

Police say the other victim, a 19-year-old man, was shot twice as he tried to get out of the suspect’s vehicle. He was taken to the hospital in stable condition.

The suspects, described only as two Black males ages 19 to 21 years old, fled the scene. Their vehicle was found a few blocks away.