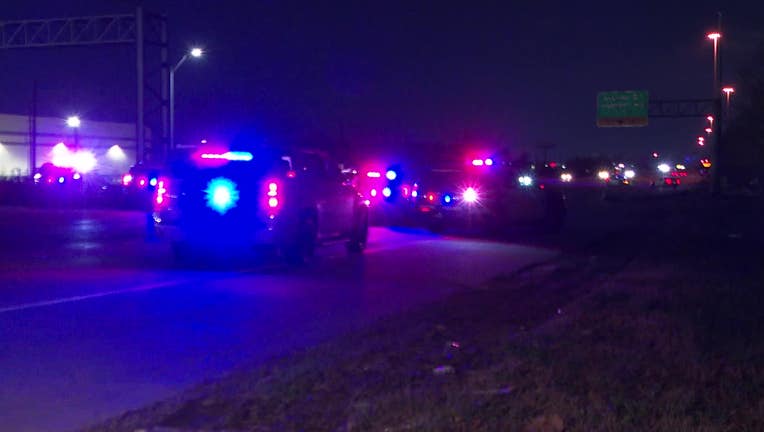 HOUSTON - While police were investigating a deadly wreck in northwest Houston, another driver crashed into a patrol vehicle that was blocking the scene, authorities say.

The first crash occurred around 11 p.m. Thursday in the outbound lanes of Highway 249 near Mills Road.

Police say a 28-year-old woman driving a pickup left the road, hitting a guard rail and then a street sign. She was pronounced dead at the scene. No one else was in the vehicle.

The crash is still under investigation, but police say there is no indication that the driver was intoxicated. 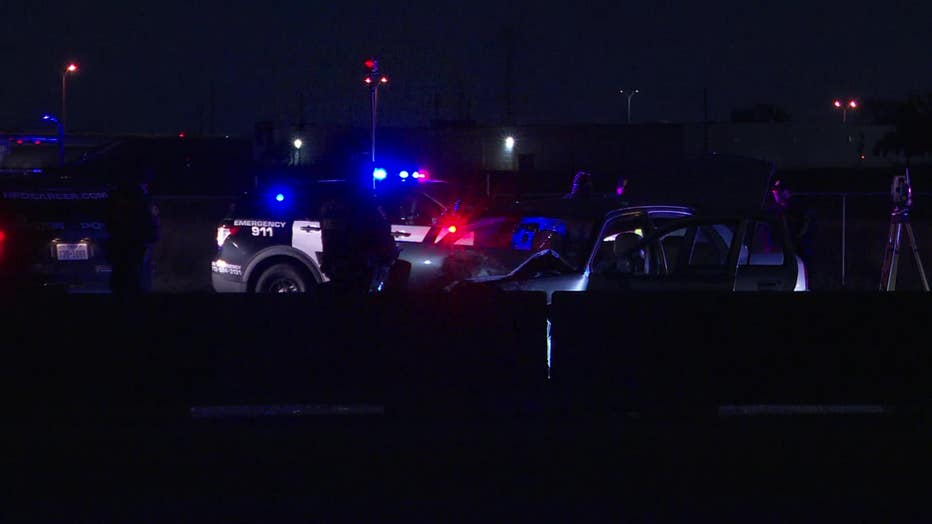 The Houston Police Department investigates a crash along Highway 249.

Around 2 a.m., a patrol vehicle that was blocking oncoming traffic was struck by another car, authorities say.

The driver of the car was taken into custody. The officer was reportedly transported to the hospital with minor injuries.