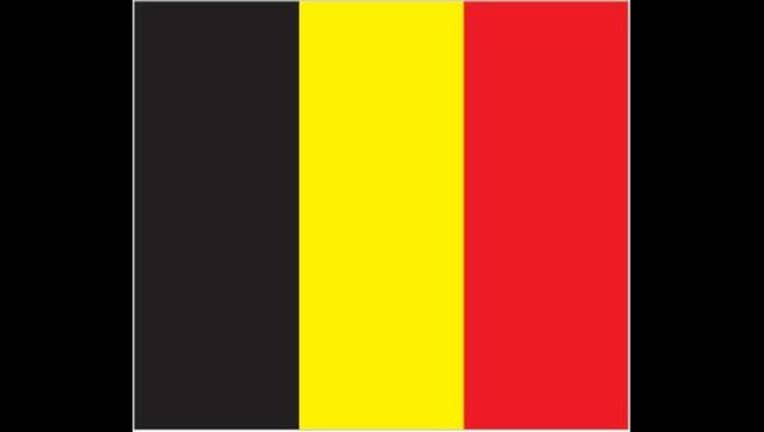 BRUSSELS - BRUSSELS (AP) — The family homes of the suspected mastermind of the Paris attacks and one of the suicide bombers stand only a few blocks apart in the Belgian capital's Molenbeek neighborhood. After a string of attacks in recent years linked to its grimy streets in central Brussels, a key question arises: Why Belgium?

The tiny nation renowned for beer, chocolates and the comic book hero Tintin is now suddenly infamous for Islamic extremism — and the easy availability of illegal weapons.

Belgium has a central location in Europe; few border controls; a common language with prime jihadist target France; and a political divide between French and Dutch speakers that has long created bureaucratic disarray in justice and security.

From the prime minister down, there is widespread acknowledgment of a complicated and disjointed national structure that hampers the fight against extremism. "We have to do more and we have to do better," Prime Minister Charles Michel told legislators on Thursday, as he announced a slew of fresh measures to fight Islamic extremism.

For years, there have been calls for more funds to boost the ranks of judges and police, but progress has been slow as rival political camps bickered and austerity measures set in. Meanwhile, the splintering of municipal authority in Brussels and judicial authority nationwide means there's little sense of who's in charge of what in security matters.

Add to that a system in which policemen are often blocked from crossing borders — lacking jurisdiction to work in neighboring countries — while criminals can take advantage of Europe's open border policy, and it becomes clear why Belgium is attractive for terrorists.

"They do shop around for locations where it's easier to be unnoticed, or that your opponents will lose your trail," said Edwin Bakker, director of the Centre for Terrorism and Counterterrorism at Leiden University.

Abdelhamid Abaaoud, a Belgian who was the presumed organizer of the attacks, was killed in a raid Wednesday outside of Paris. Belgium and France are still on a manhunt for Frenchman Salah Abdeslam, a longtime Brussels resident. Both men grew up in the hardscrabble Molenbeek district, and their family homes stand within a short walk of its main police station. Abdeslam's brother, Brahim, blew himself up in a suicide attack, while another Brussels resident, Bilal Hafdi, also died in a suicide bombing.

Perched over Brussels stands the massive Palace of Justice, once a shining monument to democratic values, now cloaked for decades in scaffolding so decrepit it has come to symbolize Belgium's neglect for law and order. From there, one can look out onto the Midi, a grimy neighborhood that has become a treasure trove for any criminal looking for illegal arms.

Until 2006, Belgium had a very permissive gun law by European standards, and many weapons used in the 1990s Balkan wars easily found their way into the Belgian criminal underworld. At the same time, the Justice Ministry was hurt by austerity measures, rendering it powerless to dig into the root causes of the problem.

"It is relatively easy to get your hands on heavy arms in Brussels," said Brice De Ruyver, a professor of criminology at Ghent University, who was security adviser to the prime minister from 2000 to 2008. "That applies to terror and serious crime. That is because the illegal arms trade has been neglected far too long. ... And once you have a reputation, it is tough to get rid of it."

Molenbeek is separated from Midi by part of a mosaic of jurisdictions of 19 municipalities and 6 policing zones — all for a population of 1 million — which has long hampered cooperation. In comparison, New York, with five boroughs for 8.4 million people, has one police force.

Often municipalities were socialist or liberal fiefdoms with little interest in being swallowed up by a centralized Brussels administration. The number of police zones has been reduced from 19, but the current six is still considered an anachronism given the need to unify forces in combating extremism.

"Talent and manpower are badly spread out over the zone," said De Ruyver. "It is not where we need it most, namely in Molenbeek."

Extremist ideology has also been allowed to thrive due to police neglect. For years, the leader of Islamic radical group Sharia4Belgium directed one of Europe's more potent recruitment machines for fighters in Syria. Yet it was only this year that he was sentenced to 12 years in prison as the leader of what a court determined was a terror group. "Sharia4Belgium has been able to act with impunity for too long," said De Ruyver.

Prime Minister Michel has promised to crack down on radical mosque financing and clandestine places of worship, which have thrived largely because of Belgium's failures in integrating its 650,000-strong Muslim population.

"There is a part of the population that lives in the margins, that doesn't look to have contact," said Molenbeek mayor Francoise Schepmans. "We let it happen."

Many of the weaknesses have been linked to Belgium's complicated linguistic divide. Belgium's 6.5 million Dutch speakers in northern Flanders and the 4.5 million Francophones in southern Wallonia enjoy considerable political autonomy — seen as a way to help keep the country together. However, political appeasement between the groups has often trumped efficiency in decision-making.

"It's a nightmare," Bakker said of the language barriers within law-and-order institutions.

Lorne Cook contributed to this article