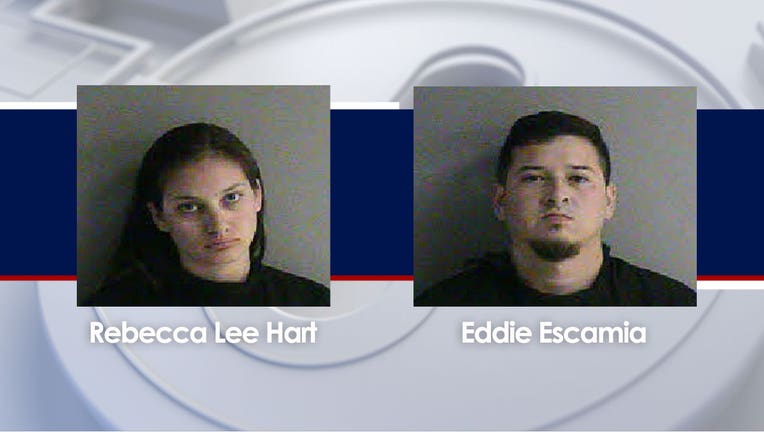 WHARTON COUNTY, Texas - Two parents have been arrested in connection with the death of their 2-year-old son.

According to the Wharton County Sheriff's Office, Rebecca Lynn Hart, who is the biological mother of 2-year-old Daniel Escamia, was arrested without incident.

The child's father, Eddie Escamia, was also arrested for endangerment of a child with bodily injury.

Authorities said after receiving preliminary autopsy results that was conducted last week from the Fort Bend County Medical Examiner's Office, it was determined that extensive injury and trauma to the head led to the death of the child.

It was also concluded that the injury occurred more than once and over a period of time. Officials also believe Daniel received continued physical abuse for some time.

The case remains an active investigation.