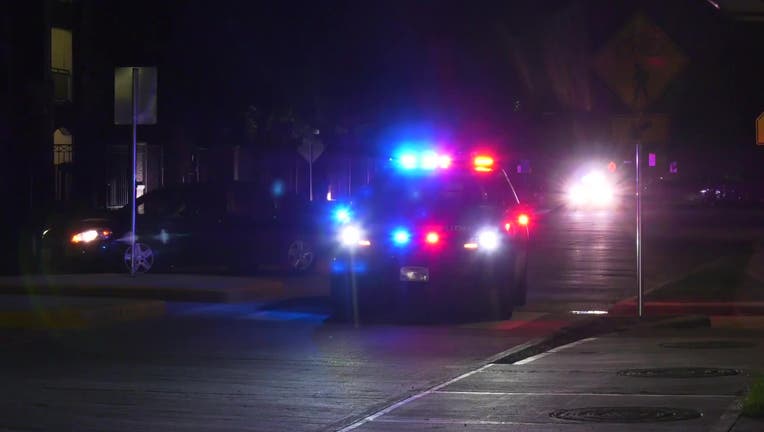 The Houston Police Department investigates after an off-duty officer was shot at an apartment complex on Pine Lake Drive.

HOUSTON - Police say a Houston officer has been released from the hospital after he was shot while working an extra job.

The shooting occurred at an apartment complex in the 9700 block of Pine Lakes Drive around 10:27 p.m. Sunday.

According to HPD, the off-duty officer was working an extra job when he saw a suspicious male.

The officer reportedly approached the male and they had a few words. Police say at some point the officer went to grab the suspect’s arm, and the suspect fired multiple shots.

The officer was shot twice in the leg and taken to the hospital. He was released early Monday morning.

The police department identified the officer as Officer John Brown, 33, an eight-year veteran.

Police say the officer did not fire his weapon.

The suspect is still at large. He is described as a Hispanic male, approximately  5’7" or 5’8" tall, heavyset, and wearing a  white shirt and black shorts.

"Just a message to the suspect, we’re coming after you. And we ask that our citizens, if there’s somebody who knows something out there, there will be an award for anybody reporting and we can get this suspect in custody," HPD Chief Troy Finner said.