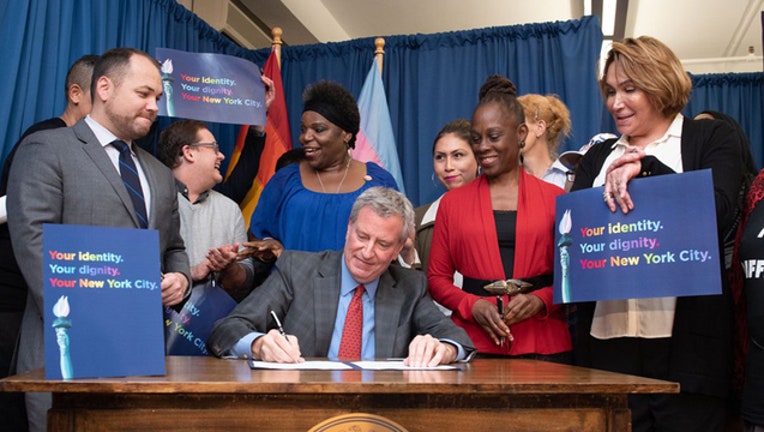 Mayor Bill de Blasio signs a bill into law that allows New Yorkers to choose a gender-neutral designation on their birth certificate without showing an affidavit. (Courtesy of the Office of the Mayor)

The bill removes the requirement that residents need an affidavit from a doctor or mental health professional to change the gender on their birth certificates.

It also allows parents to choose the "X'' designation for their newborns.

De Blasio, a Democrat, said New Yorkers should be free to tell their government who they are — and "not the other way around."