PARIS - The bells of the famed Notre Dame cathedral echoed through Paris on Thursday in a call for peace in Ukraine amid the Russian military's continued assault on the country — one of many European cathedrals that rang out in unison.

Video recorded by Gemmie Dayrit on Thursday captured the sound of bells in the French capital. The Notre Dame cathedral was badly damaged by fire in 2019 and its bourdon bell had only sounded just a couple of times since the devastating blaze.

"Ran out of apartment to make sure bells were from the Notre Dame. And indeed, they were," Dayrit wrote on Facebook. 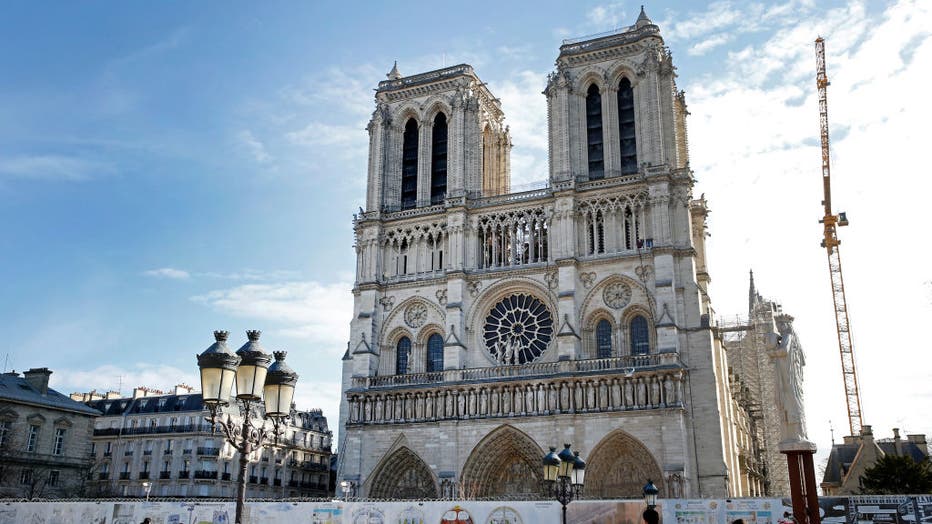 Several other church bells rang in unison midday on Thursday for seven minutes, which represented each day since the war on Ukraine began, according to DW News, an English-language news outlet based in Germany.

Russia continued to press ahead with its invasion and campaign to "demilitarize" Ukraine this week. Forces have taken over the strategic Ukrainian port city of Kherson and shelled Europe's largest nuclear power plant in another city, sparking a fire there that was later extinguished.

People across Ukraine have taken up arms, sought shelter or fled to neighboring countries. The United Nations said 1 million people have fled Ukraine since the assault started on Feb. 24 — which amounts to more than 2% of Ukraine’s population, though some of those fleeing are citizens of other countries. UNICEF said Friday that 500,000 of those who’ve left Ukraine are children.

St Magnus Cathedral in Scotland, Germnay's Cologne Cathedral and Berlin Cathedral, and La Almudena Cathedral in Spain were just some centuries-old churches that participated in the call for peace. The event was organized by the European Association of Cathedral Master Builders, DW News reported.

Many of the European cathedrals have withstood conflicts of the past, including bombings during World War II.

"In communion with other cathedrals, the ‘bourdon Emmanuel’ will ring out this Thursday, March 3, at noon, to call for peace in Europe," the official Notre Dame Twitter account posted.

The Notre Dame fire in April 2019 tore through its roof, knocked down its spire and threatened to bring the rest of the medieval monument down, too. Last September, the medieval cathedral was finally deemed stable and secure enough to start reconstruction.

Authorities hope to have Notre Dame open to visitors and religious services in 2024, the year Paris hosts the Olympics.