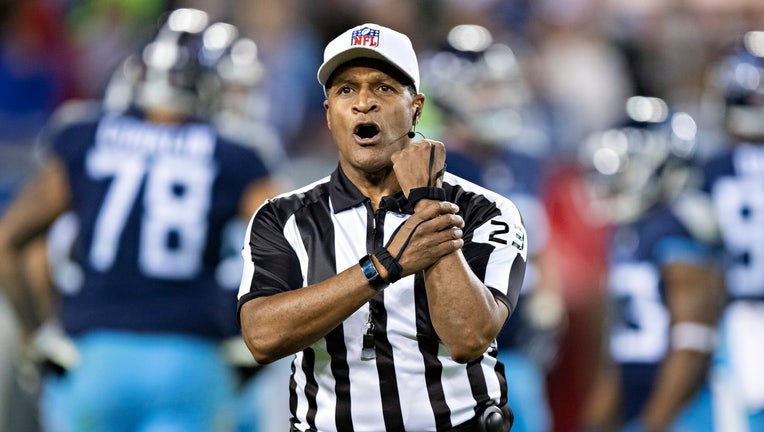 Referee Jerome Boger makes a holding call penalty during a game between the Tennessee Titans and the New York Jets at Nissan Stadium on December 2, 2018 in Nashville,Tennessee. (Photo by Wesley Hitt/Getty Images)

TAMPA, Fla. - The NFL will have an all-Black officiating crew for the first time in league history when the Rams play the Buccaneers on Monday night.

“This historic Week 11 crew is a testament to the countless and immeasurable contributions of Black officials to the game, their exemplary performance, and to the power of inclusion that is the hallmark of this great game,” said Troy Vincent, NFL executive vice president of football operations.

RELATED: Brady, Buccaneers bounce back with 46-23 win over Carolina Panthers

Five members of the crew work together regularly. Johnson and Steed will join the group for this game. The crew has a combined 89 seasons in the league and has worked six Super Bowls.

The league has assigned crews based on geography this season to limit travel due to the coronavirus pandemic. Crew assignment guidelines have also been relaxed to assign officials to games closer to their homes when feasible.

The first Black official in any major sport was Burt Toler, hired by the NFL in 1965.