Police released footage of the vehicle they believed was involved in a road rage shooting that killed a 17-year-old leaving a Houston Astros game.

HOUSTON - Houston Police have released new surveillance video of the suspect's vehicle involved in the deadly road rage shooting of a teen heading home from an Astros game.

The short video clips show a 2011-13, white, 4-door Buick LaCrosse CXL premium package with Venti Ports in the hood, round fog lights and seven-spoke rims driving on Chartres at Rusk and then at Commerce. 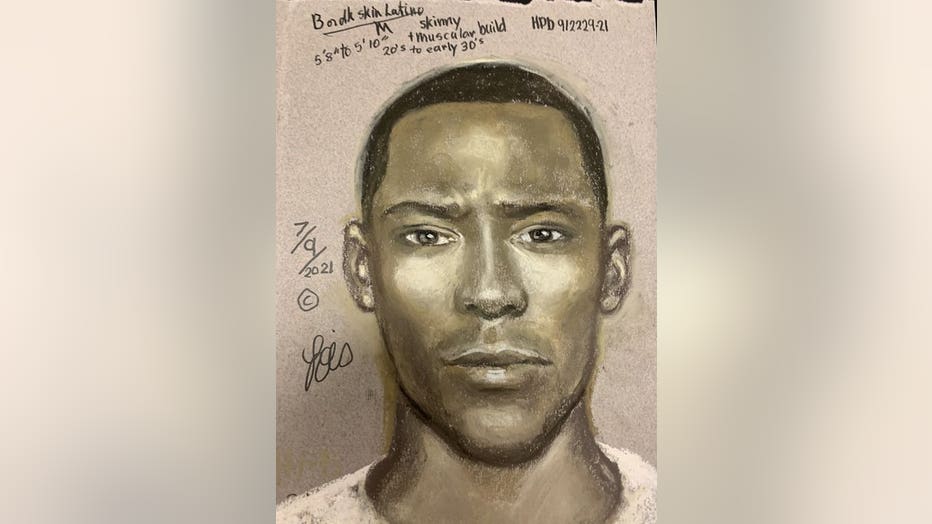 A sketch of the suspect wanted in a deadly road rage shooting on McCarty Street on July 6. (Photo: Houston Police Department)

Police say the incident happened around 11 p.m. on July 6 near McCarty Street and East Freeway, though it began on Chartres Street.

The 17-year-old victim was one of two passengers in a pickup truck driven by his father. Police say the father was driving on Chartres Street when he and the driver of a white Buick exchanged gestures.

Police say the suspect followed the father’s pickup truck onto the East Freeway and then onto McCarty Street.

That’s where, authorities say, the suspect fired several shots into the truck. The teen in the pickup truck was shot in the head.

The father reported that he drove to an area near Highway 59 and McGowen Street and called 911. The unidentified teen was taken to the hospital, where he later passed away.