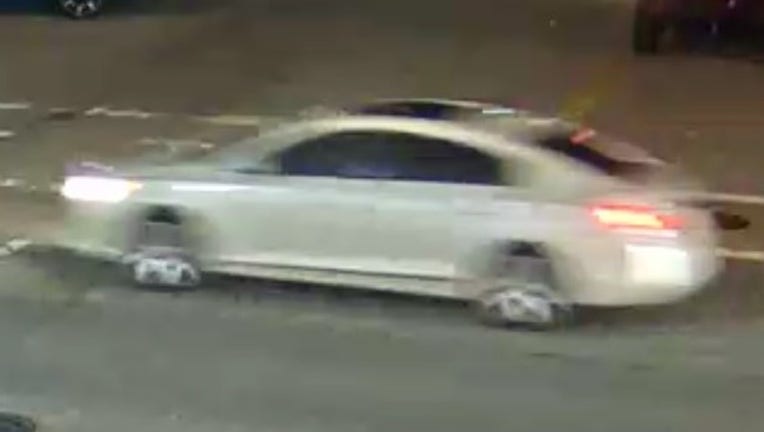 HOUSTON - A teen is fighting for his life after he was shot in Houston as he traveled home from an Astros game with his family on Tuesday night, authorities say.

The Houston Police Department released surveillance photos of a suspect’s vehicle and asked for the public's help finding the person responsible.

Investigators say the shooting occurred near McCarty Street and the East Freeway around 11 p.m., but the incident began on Chartres Street.

The 17-year-old victim was one of two passengers in a pickup truck driven by his father. Police say the father was driving on Chartres Street when he and the suspect exchanged hand gestures.

Police say the suspect followed the father’s pickup truck onto the East Freeway and then onto McCarty Street. That’s where, authorities say, the suspect fired several shots into the truck. The teen in the pickup truck was shot in the head.

The father reported that he drove to an area near Highway 59 and McGowen Street and called 911. The unidentified teen was taken to the hospital, where he is currently on life-support.

Teen shot in the head after leaving Astros game

A 17-year-old was shot in the head as his family drove home from an Astros game in Houston on Tuesday night.

Police say the suspect vehicle is believed to be a white Buick, four-door sedan with a sunroof, driven by a black male suspect.