Texas lawmakers have passed a new bill aimed to protect dogs left outdoors, ensuring they have proper shelter and water.

Texas lawmakers have passed a new bill aimed to protect dogs left outdoors, ensuring they have proper shelter and water.

Animal advocates have been fighting to get this done for six years through three legislative sessions, finally getting the bill passed this week.

Those behind the bill say this is not about punishing dog owners but educating them and giving local jurisdictions the tools they need to save dogs from inhumane conditions.

A new bill on Governor Greg Abbott’s desk hopes to ensure dogs kept outside are treated humanely, requiring these pets to be provided with adequate shelter and water.

"What you’ll see a lot of times is animals who are chained without any sort of shelter, which, in Texas, we’ve seen how deadly that can be," said Plano Animal Services Director Jamey Cantrell. 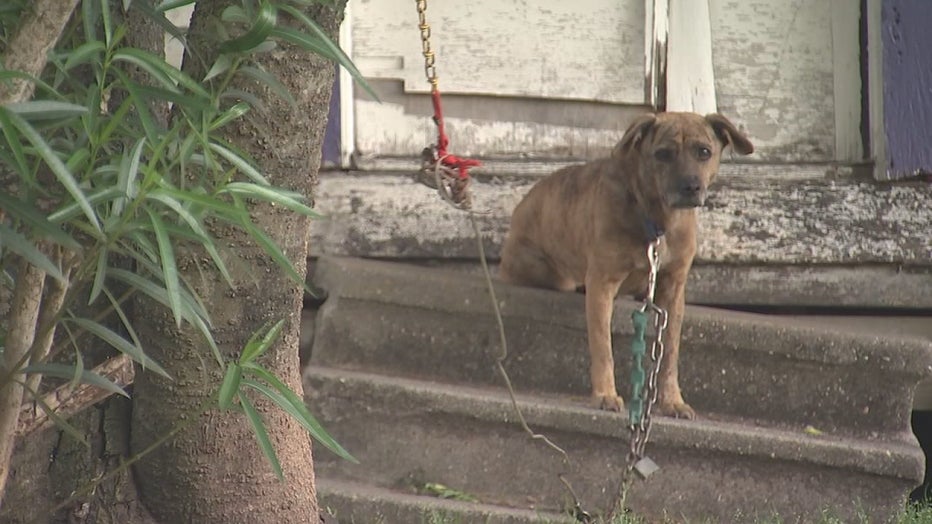 "So before this, what would happen is you’d go to court and say a piece of plywood against the house is shelter," said Shelby Bobosky, executive director of the Texas Humane Legislation Network. "And we all know that would not protect that dog."

The bill also prohibits the use of heavy chains to restrain a dog.

Some cities in Texas, like Dallas and Plano, already have ordinances to prohibit tethering.

But for cities that don’t, the bill gives a uniform set of rules on how dogs left outdoors should be treated.

"It finally defines what adequate shelter is," Bobosky said. "So it protects dogs from extreme exposures, standing water, and it actually ensures dogs can stand, turn around and lie down in their dog house."

The bill also gets rid of a previously required 24-hour warning period before law enforcement can take action.

"Having a 24 hour waiting time, that’s the difference between life and death. So getting rid of that was very important," Cantrell said. "That basically made the law unenforceable because you could give them a warning and if they took the dog off the chain for five minutes and put it back on in the same conditions, you had to give another warning for 24 hours."

The bill gives tools to enforce the law on repeat offenders. Those in violation can face fines and possibly jail time if a situation escalates.

But animal advocates say it’s about educating dog owners rather than punishing them.

"The last thing they want is more dogs returned to the shelters because they’re giving tickets," Bobosky said. "So their job truly is to educate first."

"Don’t wait until the weather is bad," Cantrell said. "Because that’s when organizations get overwhelmed, whenever they know a freeze is coming, and then all of a sudden you get 100 calls about animals that have been in those conditions for months."

The law is set to take effect on September 1.