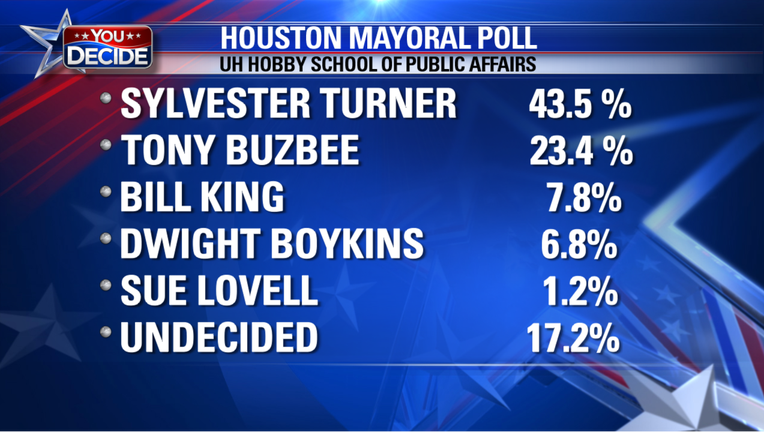 The poll, conducted by the Hobby School of Public Affairs at the University of Houston, found Mayor Sylvester Turner leading with 43.5% support among likely voters, compared with 23.4% for challenger Tony Buzbee.

Nearly one-in-five voters, or 17.2%, were undecided or declined to answer, although about one-third of undecided voters listed Turner as one of their top two potential options.

The data also showed Turner winning a runoff against each of the four major challengers.

“Turner’s support is solid, even as he has been attacked repeatedly by the other candidates,” said Renée Cross, senior director of the Hobby School. “Overall, the majority of people told us they think the city is on the right track, so why would they change?”

Mark P. Jones, political science fellow at Rice University's Baker Institute and a research associate at the Hobby School, noted that several of Turner’s leading challengers remain relatively unknown among likely voters, with more than half, two-thirds and four-fifths saying they did not know enough about King, Boykins and Lovell respectively to have an opinion about them.

“If these three underfunded candidates are unable to reach Houston voters, either Turner will win without a runoff on November 5, or he will face Buzbee in a December runoff," Jones said. 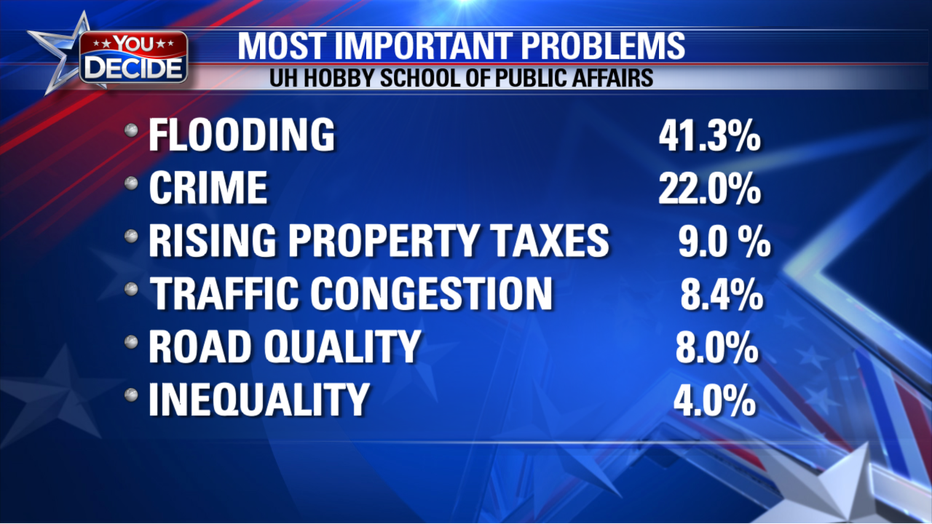 More than 41% of likely voters identified flooding as Houston’s most pressing problem, while another 22% listed crime – an issue raised especially by Buzbee and King – as the most important problem.

Among the poll’s other findings:

The poll, conducted by landline and mobile phone between Oct. 1 and Oct. 9, has a margin of error of plus/minus 4.4%.