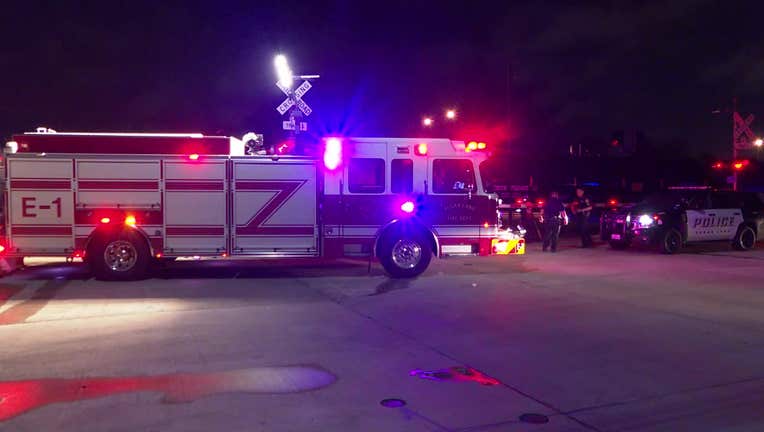 Police investigate a crash involving a train and motorcycle in Sugar Land.

HOUSTON - A motorcyclist died in a crash with a train in Sugar Land, police say.

The crash occurred at US 90a and Main around 11 p.m. Monday.

Sugar Land police and fire department responded to the scene and found a motorcycle that had collided with a train and caught fire.

The rider of the motorcycle died at the scene.

Police say it is unknown at this time if the motorcycle was on the tracks prior to the impact or if the rider struck the moving train.