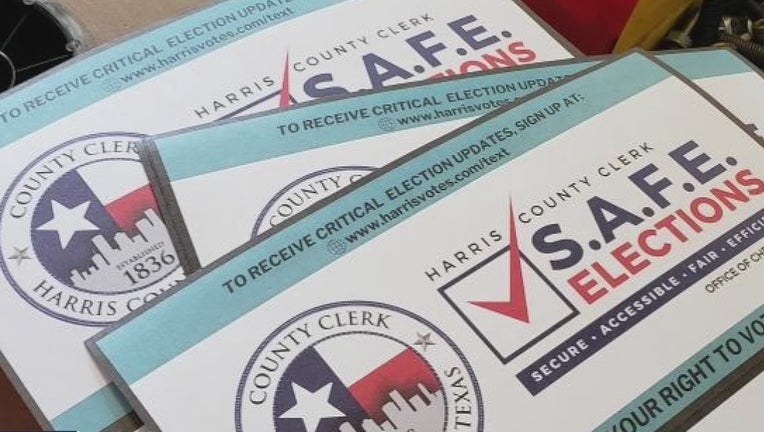 "To be honest, I don't think mail-in voting can be trusted. I mean, when you go to the trash can and see stuff like that," said Leonard Barger.

Barger says he found the dumpster near his job filled with applications from the Harris County Clerk's Office for a ballot by mail.

He says he found the first batch on Monday.

"I saw there was more of them in there. When I saw what they were I thought that could be a problem " Barger said.

While Barger was showing us what he found, a man who works at Reflection Printing Inc., a business close to where Barger works, says the ballot applications were a junk batch and admits he should have shredded them before throwing them away.

The county clerk says any future waste must be destroyed before discarding it.

According to the county clerk’s statement, all this happened on Thursday.

But Barger says he made three discoveries in as many days.

The County Clerk says anyone can download as many vote by mail applications as they want. But the ones thrown away were addressed to more than 100 Baytown residents.

A spokesperson for the clerk's office admits someone could have filled out the applications and gotten scores of mail-in ballots.

But she says that would take a lot of effort.