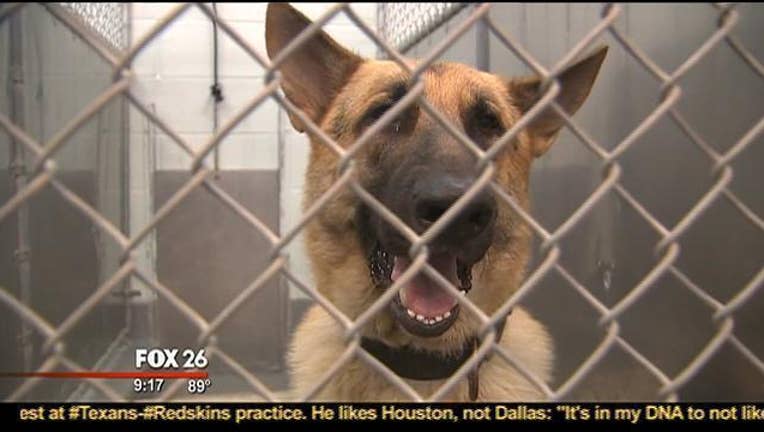 For the second time in as many weeks dozens of angry residents protested in front of Baytown City Hall showing their disdain over alleged law violations at that city’s animal shelter.

The latest allegations center around over 200 dogs and cats being euthanized in the first three months of this year in violation of state laws.

“The city of Baytown actively had two animal control officers performing euthanasia that were not certified to do euthanasia,” said animal rescuer Shantel Priddy.

“After the city stepped in and said hey they can’t euthanize anymore because they weren’t certified I had to take over for a while euthanizing every single day,” said former Baytown animal control officer Alan Mendoza.

Another troubling thing found in the shelter’s euthanasia log.

The reason given for putting down the 200 plus dogs and cats are the same.

They were either sick or mean.

“I find it very odd that over the span of three months not a single animal was euthanized due to space no healthy animal was ever euthanized,” Priddy said.

And the shelter’s own records show some of the so-called sick animals still spent days in the main kennel.

We called Mike Lester who oversees the kennel for response.

He referred us to a city spokesperson whose yet to call us back.

“It would be stacks of animals dying on one another,” said former Baytown animal control officer Brandon Delarosa.

Delarosa and Mendoza were both animal control officers who were recently fired.

They both say they saw laws being broken at the shelter almost daily.

“Some of the things I’ve seen are going to be with me for the rest of my life,” Delarosa said.

“You realize what these animals are going through,” said Mendoza.