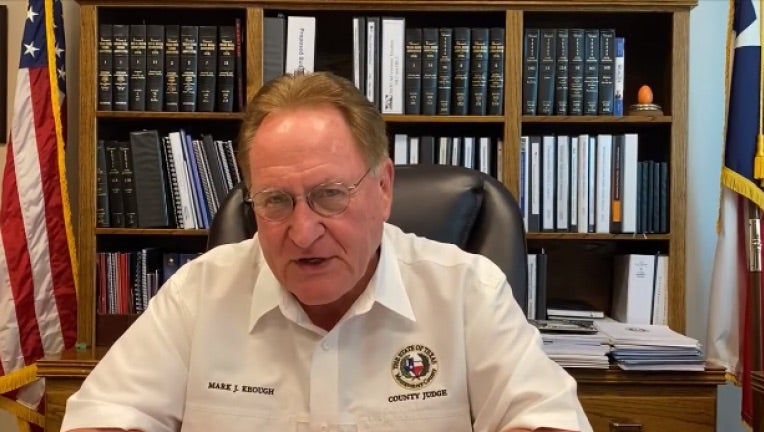 Montgomery County Judge Mark Keough has tested positive for COVID-19, according to his office.

The test was required for his hip surgery last Tuesday, Dec. 15.

The next day, Judge Keough received notice that the COVID-19 test was positive.

According to his office, he has been asymptomatic since before the diagnosis and has not developed any symptoms.

Anyone Keough had come in contact with on Monday and Tuesday has been notified. The judge started his 10-day isolation.

Montgomery County Judge Mark Keough was involved in a crash with a deputy constable on Thursday morning, according to the judge's staff.

The news comes under two weeks after Judge Keough was charged in connection with a September crash involving three vehicles in The Woodlands.

The affidavit stated that Keough didn’t have his normal mental or physical faculties while operating his motor vehicle due to his ingestion of zolpidem, also known as Ambien.

Keough responded saying that the amount of his legally prescribed medication was taken in accordance with his doctor's directions.

Montgomery County Judge Mark Keough has been charged in connection with a September crash involving three vehicles in The Woodlands.