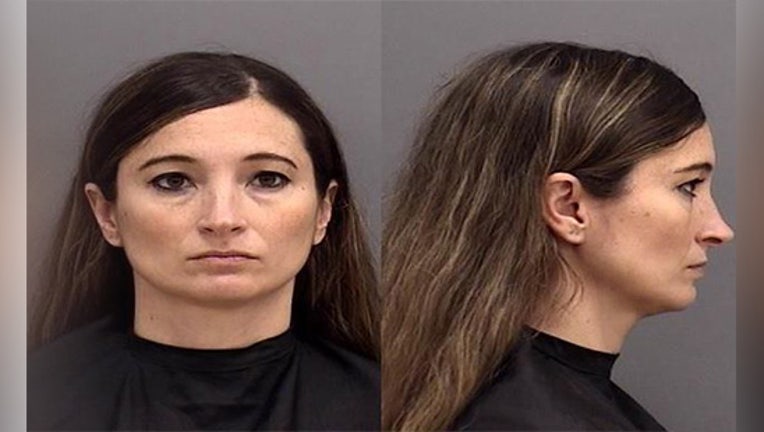 CARMEL, Ind. - An Indiana woman was sentenced to 115 years in prison on Oct. 7 for poisoning her ex-boyfriend’s oatmeal and strangling him with a necktie amidst a bitter custody battle, according to reports.

Heidi Littlefield was found guilty of murder and two counts of conspiracy to commit murder in the death of her ex-boyfriend Francis Kelley, who was found dead in his Carmel, Indiana home on Jan. 18, 2021, WXIN-TV in Indianapolis reported Monday.

According to the Indianapolis Star, police accused Littlefield of trying to kill Kelley on multiple occasions between October 2020 and January 2021.

Court documents obtained by WXIN-TV reveal that Littlefield plotted with her 23-year-old daughter, Logan Runyon, to kill Kellye. The news outlet reported that Kelley and Littlefield were involved in a custody dispute over a 2-year-old child they share. It was during this time that Littlefield began plotting his murder.

The Indianapolis Star reported on Aug. 24 that Littlefield worked with Runyon to buy fentanyl from drug dealers in Ohio.

Littlefield also gave her daughter's ex-boyfriend, Robert Walker, $2,500 to hire someone to kill Kelley. But Runyon testified that she and Walker spent the money on drugs, clothes, and hotels.

Littlefield asked her daughter to sneak into Kelley’s home and put the drug in his oatmeal. The news outlet cited testimony from Runyon where she explained they poisoned Kelley’s food three times.

On Jan. 15, 2021, the duo snuck into Kelley's home the next day, and he was face-down on the floor trying to breathe. Littlefield went upstairs, grabbed what was reportedly Kellye's favorite necktie, and strangled him.

Kelley was found three days later by Carmel police officers on Jan. 18, 2021. The Indianapolis Star reported that his death was ruled a homicide with the cause of death being strangulation.

Runyon pleaded guilty in March to a charge of conspiracy to commit murder and was sentenced to 26 years in prison. The news outlet explained that a murder charge against her was dropped as part of a plea agreement to testify against Littlefield.