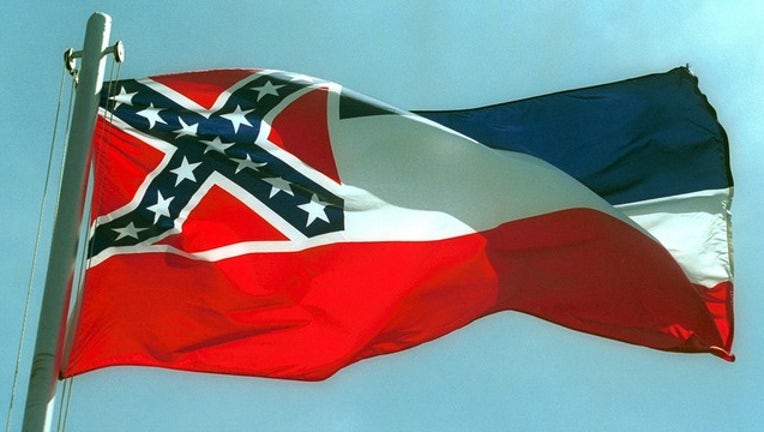 NEW JERSEY (FOX 35 ORLANDO) - New Jersey Gov. Phil Murphy on Friday ordered that the Mississippi flag, which carries a Confederate emblem, be replaced by the American flag at a state park that overlooks the Statue of Liberty.

Murphy ordered the removal of Mississippi's flag from a display of each state's flag at Liberty State Park, a preserve of more than 1,200 acres in Jersey City that overlooks Ellis Island and Lady Liberty.

Murphy is a first-term Democrat and a self-styled progressive who regularly cited the Emma Lazarus poem at the statue's base that invites immigrants to America.

New Jersey, he said, is rooted in diversity, and the flag doesn't fit.

"The Confederate symbol displayed on the Mississippi state flag is reprehensible and does not reflect our values of inclusivity and equality," he said in a statement.

The Mississippi flag includes the Confederate battle emblem in the upper left corner. The emblem has a red field topped by a blue X, dotted with 13 white stars. It has appeared on Mississippi's flag since 1894.

Mississippi Gov. Phil Bryant, a Republi can, said in a statement Friday: "I'm disappointed in Gov. Murphy's actions. As I have repeatedly said, the voters of Mississippi should decide what the state flag is or is not."

Confederate symbols have been widely debated across the South, particularly since June 2015, when a white supremacist killed nine black worshippers at a church in Charleston, South Carolina, as well as in 2017, when violence erupted as white nationalists held a rally in Charlottesville, Virginia

Murphy said he made the decision after Democratic state Sen. Sandra Cunningham raised the issue with him.

Cunningham said in a statement that the flag symbolized "an era of hate, violence, and division."

Mississippians who voted in a 2001 statewide election chose to keep the flag.

But several Mississippi cities and counties and all eight of the state's public universities have stopped flying it in recent years amid criticism that the battle emblem is a racist reminder of slavery and segregation. Supporters of the flag say it represents history.

This story was written out of Orlando, Florida.