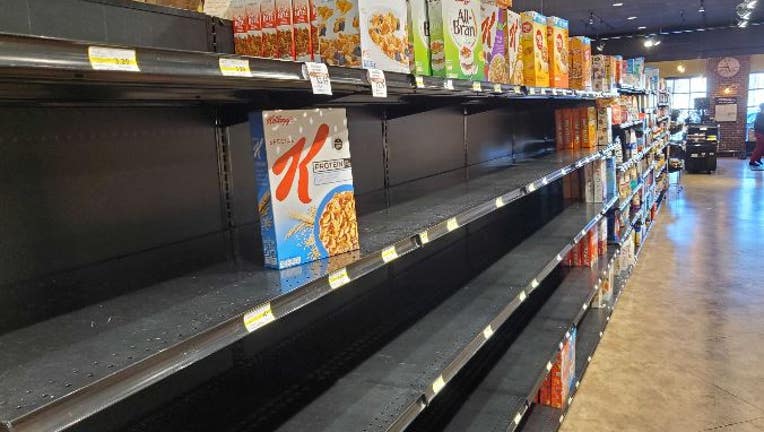 (FOX 9) - Grocery store chains across Minnesota are increasing wages for their employees who are on the front lines of the COVID-19 pandemic.

Cub Foods, Kowalski's Market and Target announced they are all increasing hourly pay by $2 for the next several weeks.

Both Cub Foods and Kowalski’s are also increasing overtime rates to double the new rate per hour, rather than time and one-half rate. The new wage rates will be paid retroactively starting Sunday, March 15.

Despite some barren shelves, Minnesota grocers say the state isn't seeing any shortage to the supply chain. But, greedy shoopers are clearing shelves quicker than they can keep items in stock.

Cub Foods has 78 stores in Minnesota. Kowalski’s has 11.

Kowalski’s COO Mike Oase told FOX 9 the increased hourly rate is effective through at least April 4. Cub Foods employees will receive increased hourly wages through April 11, while Target says their wage increase will remain in place until at least May 2.

Target is also offering all team members who are 65 or older, pregnant or those with underlying medical conditions access to paid leave.

Earlier this week, Gov. Tim Walz classified food distribution workers including store clerks, stockers and others as Tier 2 Emergency workers amid the ongoing COVID-19 pandemic. The reclassification allows those access to childcare.