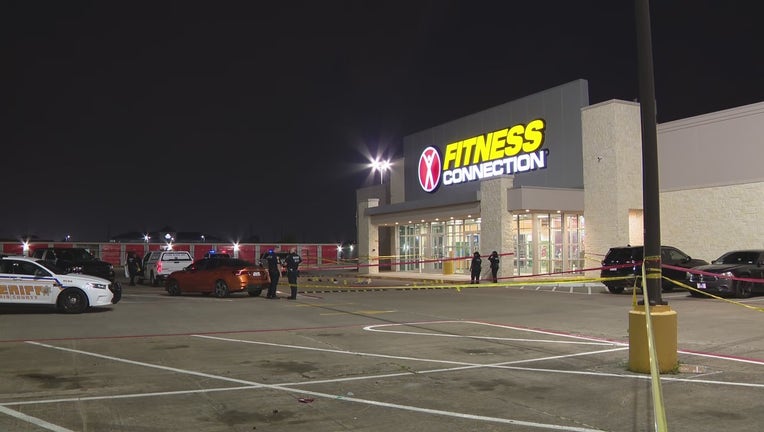 Photo from the scene after a shooting outside of a Harris County fitness center on Wednesday evening.

HARRIS COUNTY, Texas - One man was airlifted to the hospital after being shot multiple times outside a fitness center in Harris County, authorities said.

Gonzalez said when deputies arrived on the scene, they found a Black male in his mid 20s, who had been wounded by gunfire multiple times.

He was airlifted to the hospital and in serious, but critical condition.

Gonzalez said a preliminary investigation revealed there was a basketball game going on inside the fitness center when some type of verbal fight took place. He said that may have spilled over into the parking lot.

Harris County Sheriff Ed Gonzalez provides an update after one man was shot multiple times outside of a fitness center in Harris County on Wednesday night.

That's when the gunfire erupted in the parking lot of the business.

It's unclear if any other males were wounded in the gunfire.