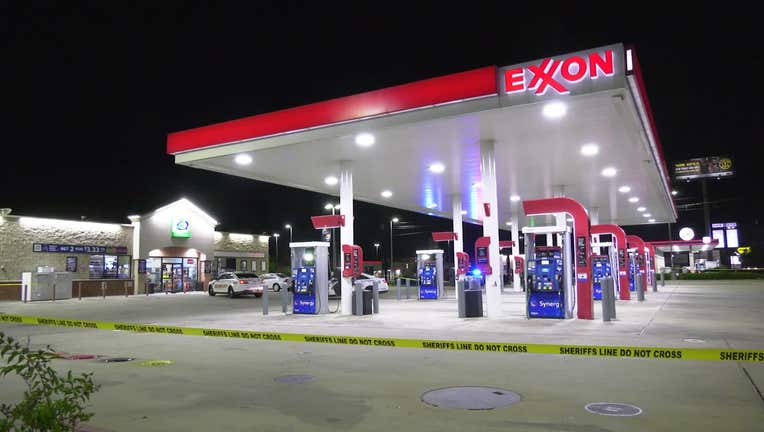 The Harris County Sheriff's Office investigates a shooting on FM 1960.

The sheriff’s office is searching for a suspect after a man was shot at a gas station in northwest Harris County on Wednesday night.

According to HCSO, the man had been arguing with a motorist who was trying to fuel his vehicle when another driver pulled up and started recording on his cell phone.

Authorities say the man involved in the argument then turned his attention to the driver who was recording in his vehicle.

He approached the vehicle and took his shirt off, and the man who had been recording from the vehicle shot him, HCSO says. Authorities say the man in the vehicle then left the scene.

The man who was shot was taken to the hospital in stable condition. Authorities did not identify him but said he may be homeless.

The suspect was reportedly driving a gray Hyundai Tuscan.

Authorities say the first motorist who was involved in the argument while pumping gas remained at the scene and spoke with deputies.