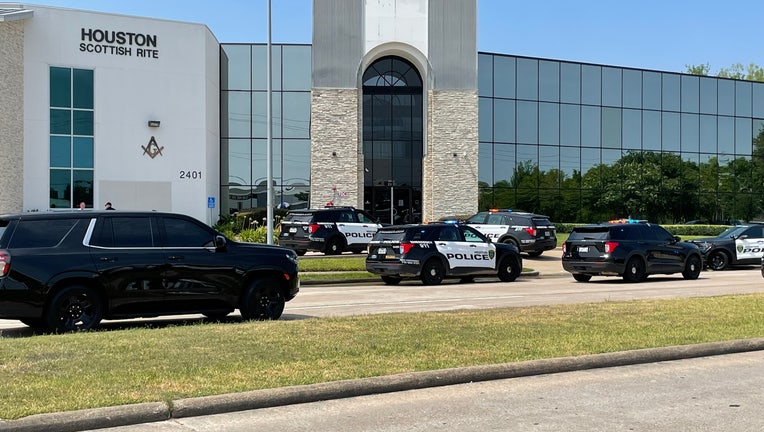 HOUSTON - A man who was believed to be armed with a gun is in custody after reportedly holding two hostages inside a southwest Houston building with a screwdriver.

Officers arrived without knowing what they were going into, and called on SWAT and hostage negotiators for assistance.

DOWNLOAD THE FOX 26 NEWS APP FOR THE LATEST DETAILS

They encountered a male suspect, who is approximately 30-years-old and possibly of Middle Eastern descent. After officers pressed him, he surrendered without incident.

They found he was armed with a screwdriver, not a firearm.

Witnesses told HPD that he arrived several minutes before their call for service, acting erratically and questioning people in the building about their beliefs.

Then he broke a window and got into the building.

Police believe the shots fired call came because of the noise created by the suspect breaking the glass.

The suspect then held two men hostage, a 91-year-old who somehow suffered an injury to the hand, and a 65-year-old who was not injured.

HPD is still investigating the incident, and it's unknown if the suspect will face any charges.