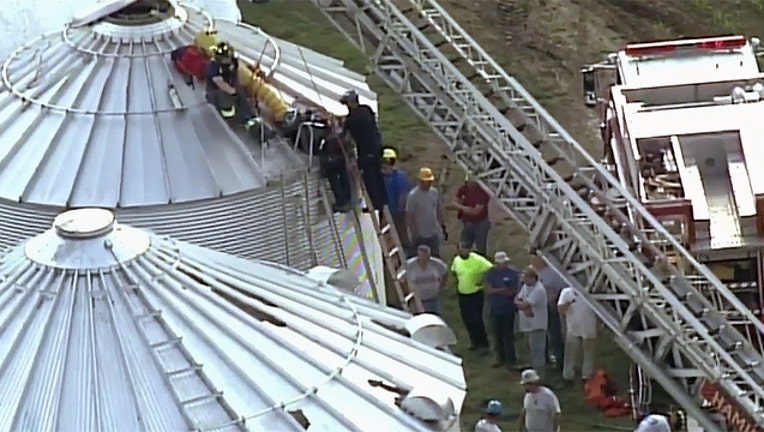 Rescuers work to remove a man who became trapped inside a grain silo in Ross Township, Ohio. [Courtesy: WCPO-TV]

The Butler County Sheriff's Office reports that a medical helicopter was dispatched to a farm in the Ross Township area, about 25 miles northwest of Cincinnati, around 4 p.m.. In helicopter footage from WCPO-TV, rescuers could be seen lowering an oxygen mask and stabilizing boards into the bin.

The station reports that the man was successfully pulled from the silo aroun 7 p.m. local time, after which he received some medical treatment.  His identity was not immediatly released, but he is expected to make a full recovery.

Grain can behave much like quicksand, creating a suction that draws the victim deeper. Grain also exerts forces of friction and pressure on a person that prevent self-escape. Most deaths are due to immersion and suffocation, according to the United States Centers for Agricultural Safety and Health.

This story was written out of Lake Mary, Florida.