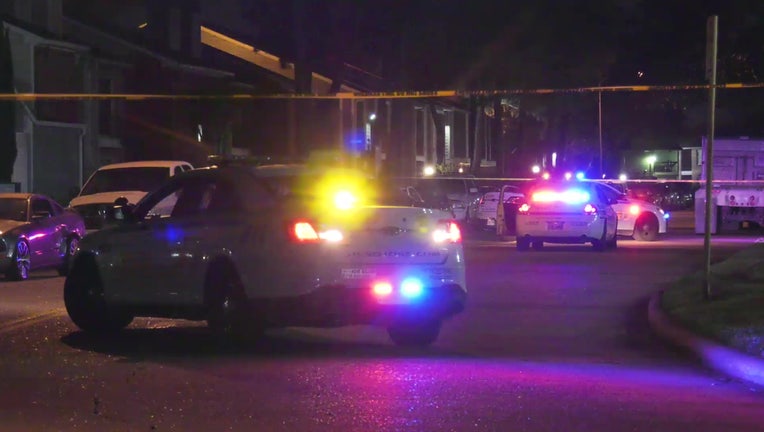 The Harris County Sheriff's Office is investigating a deadly shooting that occurred during a home invasion.

A man was shot and killed during a home invasion at an apartment in northwest Harris County.

The shooting was reported around 1:30 a.m. Thursday in the 5700 block of Timber Creek Place Drive.

Deputies say a man and a woman were in the apartment when the door was kicked by possibly two to four suspects wearing ski masks.

Investigators say the male resident was shot, but the woman was able to hide.

Authorities believe the male resident did shoot one of the suspects. The suspect showed up at a hospital and was then taken to another hospital. His condition is unknown. Deputies detained the person who drove him to the hospital.

The male resident who was shot was taken to the hospital by Life Flight, but he did not survive his injuries.