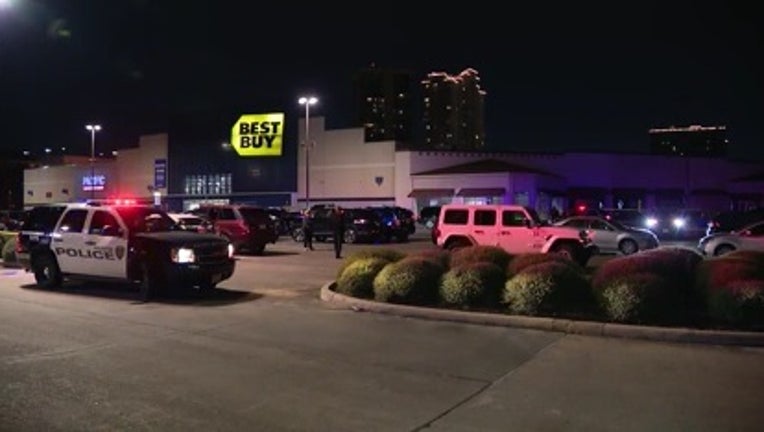 HOUSTON - One man was taken to the hospital in critical condition Friday evening following a stabbing in a Best Buy parking lot in Houston's Galleria area.

Houston police said the incident occurred on the 5100 block of Richmond Avenue.

It's unclear if the victim and his attacker knew each other. However, witnesses told authorities the two were seen walking together in the store before an argument ensued, that followed outside the parking lot. At some point, the attacker reportedly took out a knife and stabbed the unidentified victim several times.

He was taken to Ben Taub Hospital in serious condition, but on Saturday, succumbed to his injuries.

Police said the suspect walked away following the incident and remains at large. He has been described only as a black male with dreadlocks wearing a yellow, reflective traffic vest.