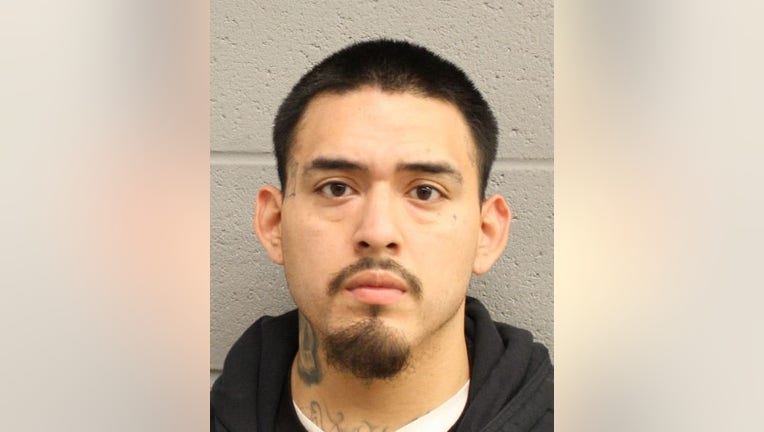 Jose Velazquez, 24, is charged with murder and three counts of aggravated assault with a deadly weapon.

HOUSTON - Houston police have identified a man wanted in the deadly shooting outside an after-hours nightclub in southwest Houston.

Jose Velazquez is charged with murder and three counts of aggravated assault with a deadly weapon for the January 8 shooting that happened in the 7100 block of Clarewood Drive near Bonhomme.

Velazquez, 24, is accused of killing Lenis Zelaya. The 29-year-old man was pronounced dead at the scene.

An 18-year-old female and two male victims, both 41 years of age, were transported to area hospitals in stable conditions.

Houston Police say officers responded to a report of a shooting outside the El Tucanazo club and found multiple people had been shot.

Witnesses told police that a disturbance had occurred in the parking lot and a man opened fire, striking the victims.

The suspect then fled on foot in an unknown direction.

A deadly shooting outside an after-hours club in southwest Houston, left one person dead and others injured. (EDITOR'S NOTE: This video is from the original report.)

Through further investigation, HPD identified the suspect as Velazquez.

He is still wanted at this time.

Anyone with information on Velazquez’s whereabouts is urged to contact the HPD Homicide Division at 713-308-3600 or Crime Stoppers at 713-222-TIPS.